Download/Install Galaxy S8 Plus Android Oreo Beta 3 (G955FXXU1ZQKG): The Galaxy S8 has been one of the most successful devices of 2017 with its amazing bezel-less screen and top of the line specifications. Biggest of all, Samsung has kept their promise of timely updates as well. Recently, Samsung rolled out the phase 3 version for the Android 8.0 beta version which comes with various features and improvements.

The third Android 8.0 Oreo Beta update for Galaxy S8+ is available for SM-G950F variants with a build number G955FXXU1ZQKG respectively. This update is only available for few users and we are sharing this update in the form of a flashable zip file. So you can Download and Install Android Oreo Beta 3 on Galaxy S8 Plus from below.

Talking about the Galaxy S8 Plus and the update for the smartphone to Android 8.0 Oreo, we have seen that Samsung released the Oreo update to the smartphone in beta form which would be available to the users who joined the beta testing program for the device and now there has been a new update to the Android 8.0 Oreo which comes as Android Oreo beta 3 update and this update can now be downloaded by all the Galaxy S8 Plus beta testers around the world and this update comes with several improvements and bug fixes from the previous beta update.

Also note that this is a TWRP dump file which you can restore from TWRP to update Galaxy S8 plus to Oreo Beta 3. We have also shared all the steps in detail to flash the Oreo beta on the global variant of Galaxy S8 plus SM-G955F with build number G955FXXU1ZQKG. Download and Install Android Oreo Beta 3 on Galaxy S8 Plus from below.

Rootmygalaxy.net will not be held responsible for any kind of damage occurred to your Galaxy S8 Plus while following this tutorial. Proceed at your own risk.

How To Install Galaxy S8 Plus Android Oreo Beta 3 G955FXXU1ZQKG 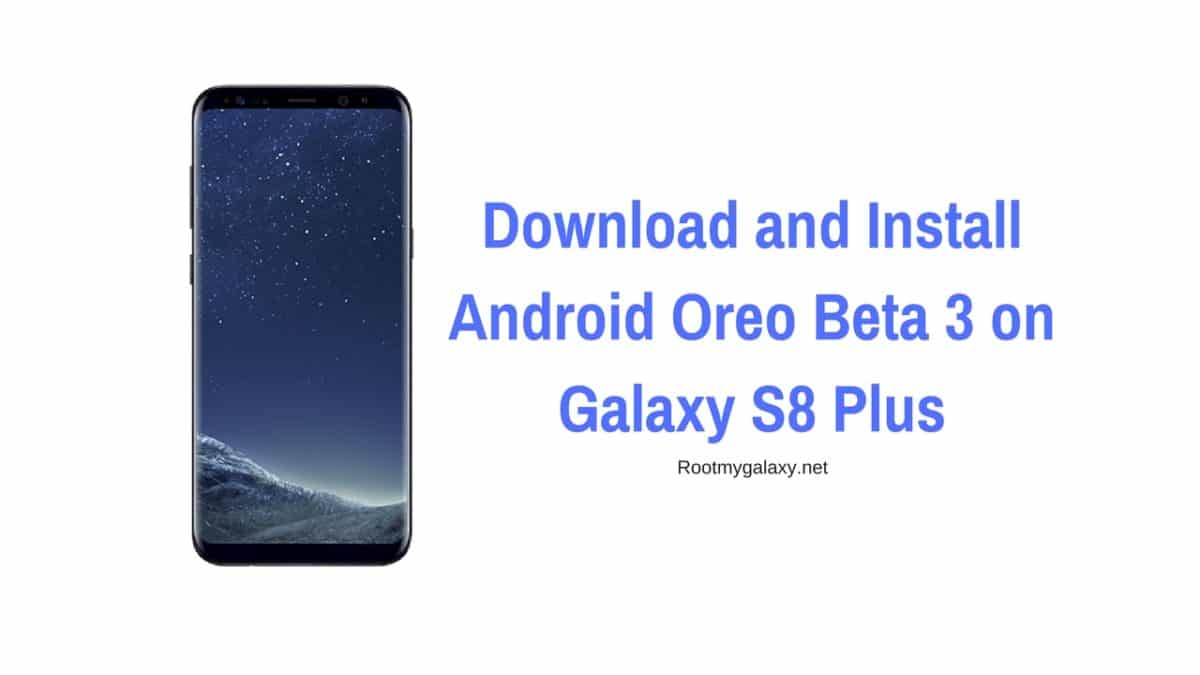 In case you have any questions related to this post, leave them in the comments section. We’ll be glad to help you out.