Guide: How to Disable “Protection By My Xperia” Before Unlocking The Bootloader On Sony Devices.Fix “Unable to Unlock Bootloader on Sony Xperia device” Problem / Issue

Sony is one of the most popular Android smartphone manufacturers in the world.Sony releases many entry to high-end devices every year.Most of the Sony devices are very popular.So many people buy Sony Xperia devices.There are loads of ROMs, kernel available for sony devices.There are many developers who work hard to provide root, ROMs, and kernels for Sony Xperia devices.

How To Disable “Protection By My Xperia” 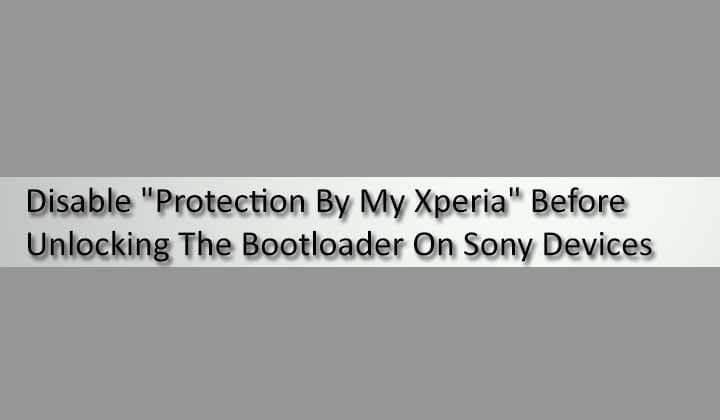 If you have any question related to this guide, feel free to leave that in the comment section 🙂