This is an Official Android 6.0 Marshmallow Update.The update is available via OTA (Over-the-air).Currently, this update is only available for Asia Pacific Region.If your device’s bootloader is locked or device is not rooted then you can check for the OTA Update in the settings.Go to Settings > About phone > Software Update.This Firmware OTA update comes with built number CHC-U01_C636B510.It is based On Huawei’s latest Emotion UI 4.0.The update will be available for other regions very soon.Users will get this update via OTA.If your device’s bootloader is unlocked or your device is rooted then you have to manually Flash / Install Official Android 6.0 Marshmallow Firmware Huawei G Play Mini CHC-U01

As I stated before it is the official Marshmallow release for the device.The Firmware is very stable with no bugs.There are loads of extra customization and optimization features added to this latest update.You will  get the DOZE Mode resulting in good battery life with this latest update.If you own a Huawei G Play Mini Asia Pacific Version then follow the given steps to easily Flash the Official Android 6.0 Marshmallow Firmware Huawei G Play Mini

rootmygalaxy.net will not be held responsible for any kind of damage occurred to your Huawei G Play Mini while following this tutorial.Do it at your own risk. [/symple_box] 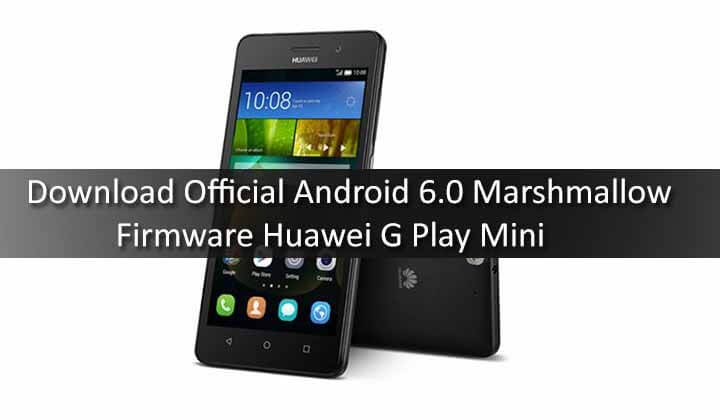