A new budget Samsung Galaxy A01 Core with model SM-A013F has been approved by the Bluetooth SIG. The Bluetooth certification reveals that the device supports Bluetooth 5.0 which is now becoming standard for all the new products. 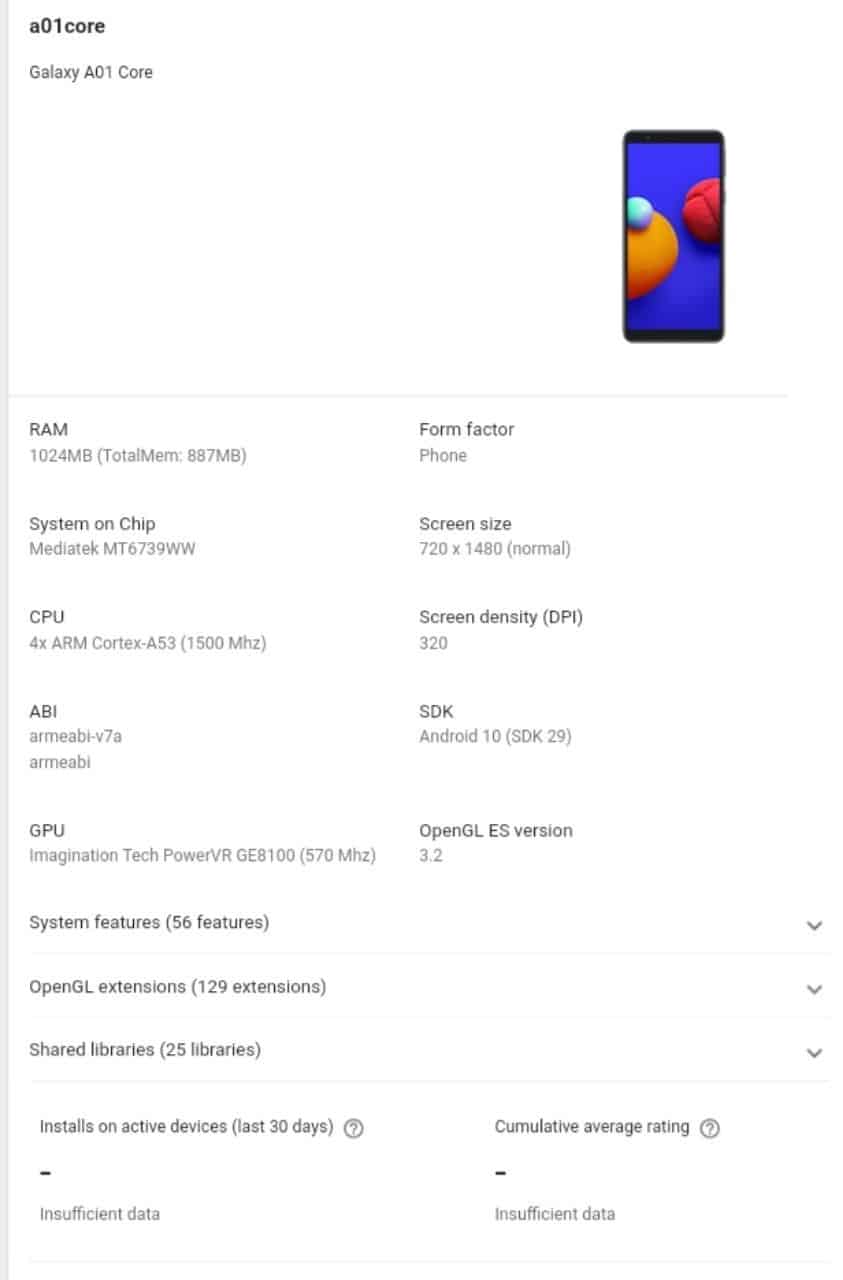 Now coming to the device’s design, the Google console listing has an image of the device which confirms that the device won’t be having a notch which is expected as it is an entry range Android phone. We can see the huge top and bottom bezels on the device.

All these recent leaks affirmed that the launch date of the device is just around the corner.