Samsung Galaxy A70, Galaxy A50 and Galaxy A50s have been spotted on the WiFi-Alliance website running the latest Android 10. This listing confirms that the official Android 10 update for these devices is very close.

Samsung Galaxy A70 which was released with Android 9 pie, now the device is going to get theAndroid 10 (One UI 2.0). Users are eagerly waiting for this update. The WiFi Alliance certificate ID of Galaxy A70  is WFA83419 and the firmware version Number is A705FN.001. 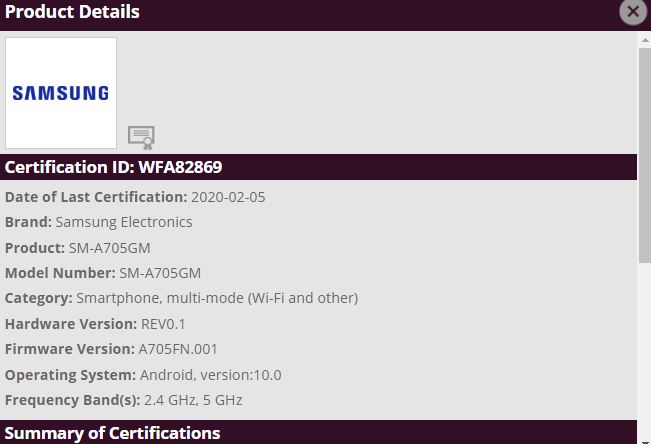 Samsung has been updating its devices to the latest security patch updates. Samsung Galaxy A50 has already received the February 2020 security patch update and the other 2 devices will be getting the same update very soon. Now we all are waiting for the official Android 10 release for these devices.

Xiaomi Mi A2 Lite with Android 10 spotted on Geekbench