Apart from the hardware, the Galaxy Note 5 also came with an all new TouchWiz UI which is the name of the custom skin of Android pre-installed on all the Samsung smartphones released till date. Also, the smartphone came with Android 5.0 Lollipop which was the latest version of Android at the time of launch but the smartphone has since been updated to Android 7.1 Nougat which is the latest version on Samsung phones baring the Galaxy S8 and S8 Plus.

Now, we are here to let you know that a new update is released for the Galaxy Note 5 by Samsung. This update comes with the latest December security patch which was released by Google in the starting days of this month that is December. Now, this update comes with the build number N920G and it installs the mentioned security patch update. This update will arrive as an OTA update on your device which should come automatically to your phone. Once you get the update, you have to download the OTA and then you can install it on your device to update to the latest December security patch. 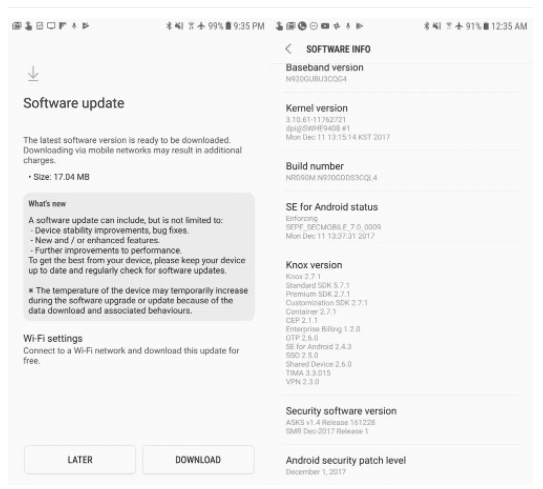 You can manually check for the update from Settings > Software update >Download updates manually.If there is no update showing on your device, then wait for few days for the update to come to your device as it is being released phase wise manner.