Gionee is gearing up to launch a new budget smartphone dubbed Gionee F11VE. The device has been spotted in the Google Play Console listing with key specifications. It seems to be cheaper than the Gionee S12, which recently launched in Nigeria.

As per the listing, the Gionee F11VE will sport a 720×1560 pixels HD+ resolution with 320 DPI pixel density. It will be powered by a 1.6GHz octa-core Unisoc SC9863A processor paired with PowerVR GE8322 GPU. The handset will run Android 10 OS out of the box. 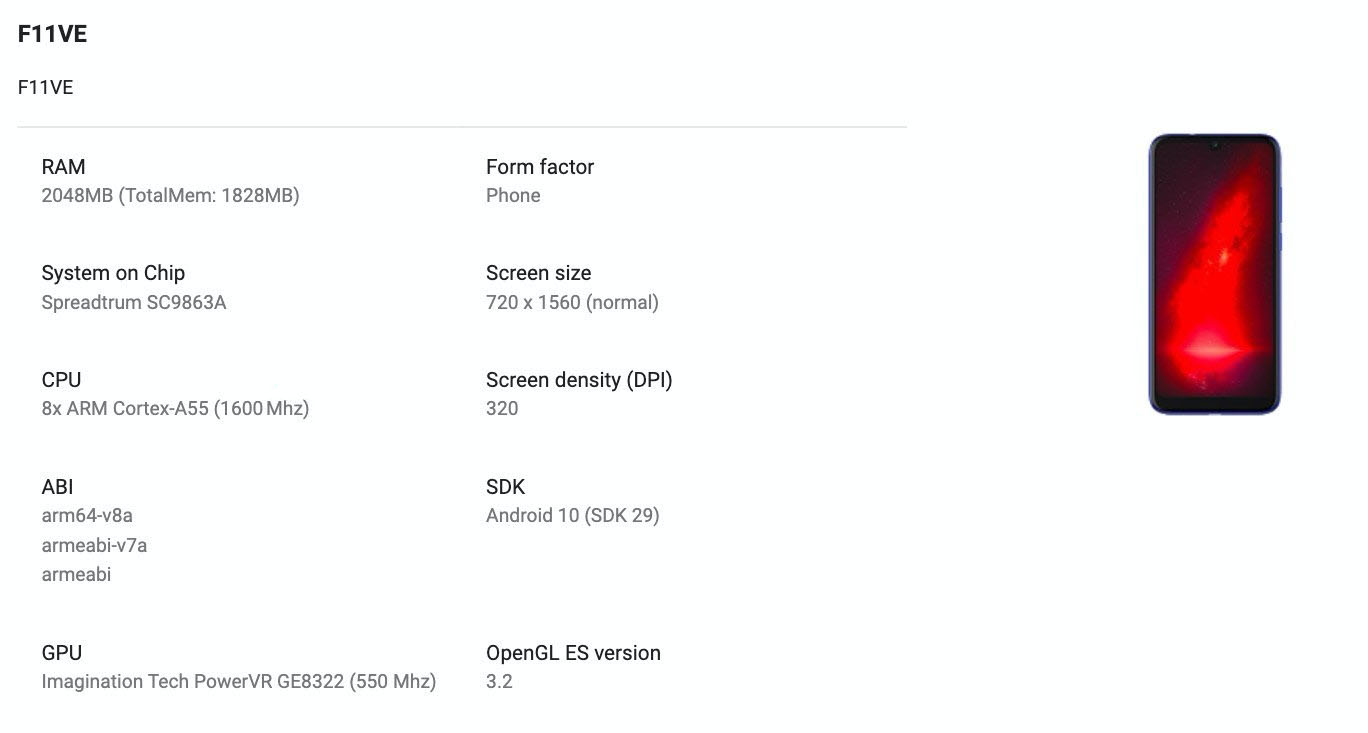 The Google Play Console listing also reveals a front side render which confirms a single selfie camera housed in a dew-drop notch. We can see the power button and volume rockers are present on the right side. The phone will come with a minimum of 3GB RAM.

We can expect the phone to come in 32GB/64GB storage variant. That’s all pretty much we know about the Gionee F11VE but we expect to get more details soon.