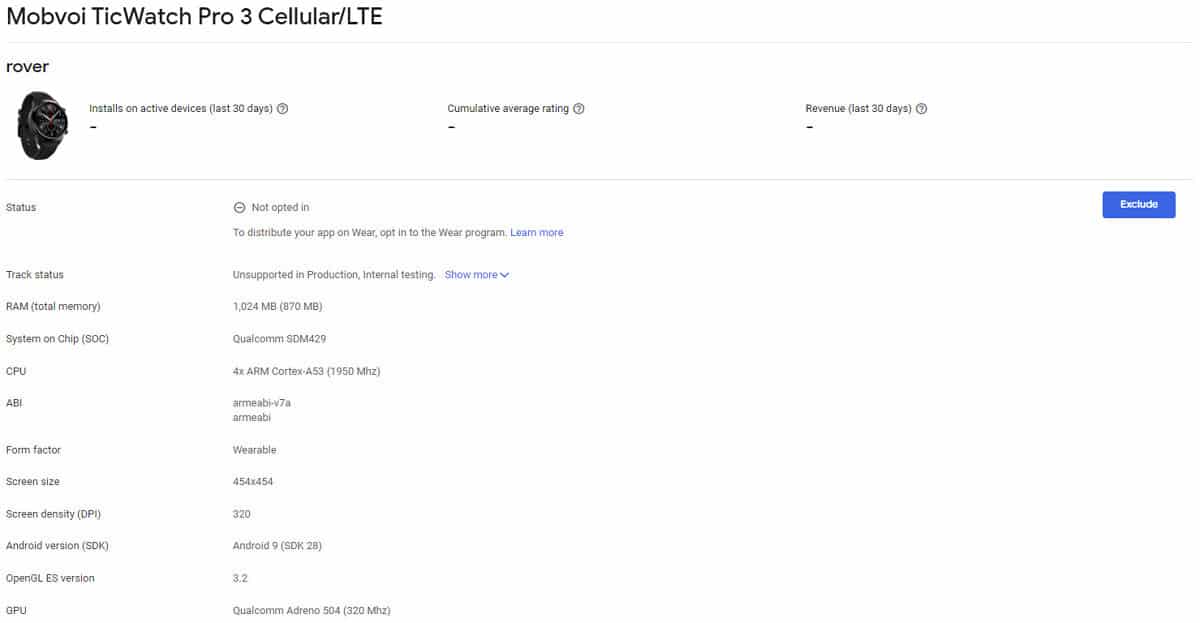 Folks over XDA first spotted the LTE version of Ticwatch Pro 3 in the Google Play Console with some of its specifications and an image too. So, the device appears in the listing with the codename “rover” and shows the presence of eSIM for connecting to cellular networks. The addition of a SIM slot makes the device a bit heavy but the technology is already adopted by multiple tech giants like Apple, Huawei.

The specifications and image of the TicWatch Pro 3 LTE version in the listing are exactly the same to the non-LTE version. Mobvoi is yet to announce the pricing or release date for this new product.

The TicWatch Pro 3 launched last month has a circular screen with a resolution of 454×454 pixels and a pixel density of 320DPI. It is powered by a quad-core Qualcomm Snapdragon Wear 4100 chipset and an Adreno 504 GPU. The device runs Android Wear OS 9 and has a dimension of 45.1 x 45.1 x 12.6mm. It features a wide range of fitness tracking and a blood saturation oxygen check which was recently introduced in the new Apple Watch 6.