Here in this article, we will share with you the link to Download Google Camera For OnePlus 7/7 Pro (Gcam) models and guide as well. Android ecosystem is customizable and easy too for developing any ROM and its system apps. Due to its Open Source nature based on Linux, the developers and smartphone OEMs offer good ROMs and apps. Google Pixel series devices are known for its smartphone cameras. Where rest of the other brands offer dual or triple rear camera setup, Google Pixel devices still come with a single camera. It’s only because Google puts a lot of efforts on its camera software.

The single-camera on Pixel device is so much effective and powerful to provide best-in-class image and video quality with AI features. The Google Camera offers simple but great UI and settings which brings Night Sight, Portrait, HDR+ Enhanced mode, Google Lens, etc. There are some of the developers working really hard to build port the new official GCam App for other Android device models as well. Most of the times, the Google Play Store camera app not works well. You need to download for every specific device. OnePlus 7 and 7 Pro are one of the latest OnePlus devices to receive the Google Camera Port of Pixel 3 GCam. It features some more functionalities like Photosphere, HDR+ Mode, Lens Blur, AR Stickers, and more. A special thanks to one of the XDA Developers member called Arnova8G2 for the Google Camera port.

As we mentioned earlier that Google focuses on camera software rather than camera lens or hardware. The powerful Google Camera software is capable to deliver crisp and clear image quality with AI modes than other camera devices. You can now download and install the Google Camera Port For OnePlus 7/7 Pro device models from the link given below.

Google Camera Port or you can say GCam ported APK file is available for so many Android devices out there based on Android versions. OnePlus devices are quite developer-friendly and OnePlus Forums are also quite active. The OnePlus 7 and 7 Pro launched a month ago and get eligible to use GCam port very easily. Thanks to the developer who have made this possible.

OnePlus Stock Camera is also good enough and fully-featured to provide better image quality even in low light conditions, but there is a magic in Google Camera quality. You really can’t compare GCam captured images to any other captured images. It’s worth mentioning that whenever it comes to the night mode, Google Camera app wins. 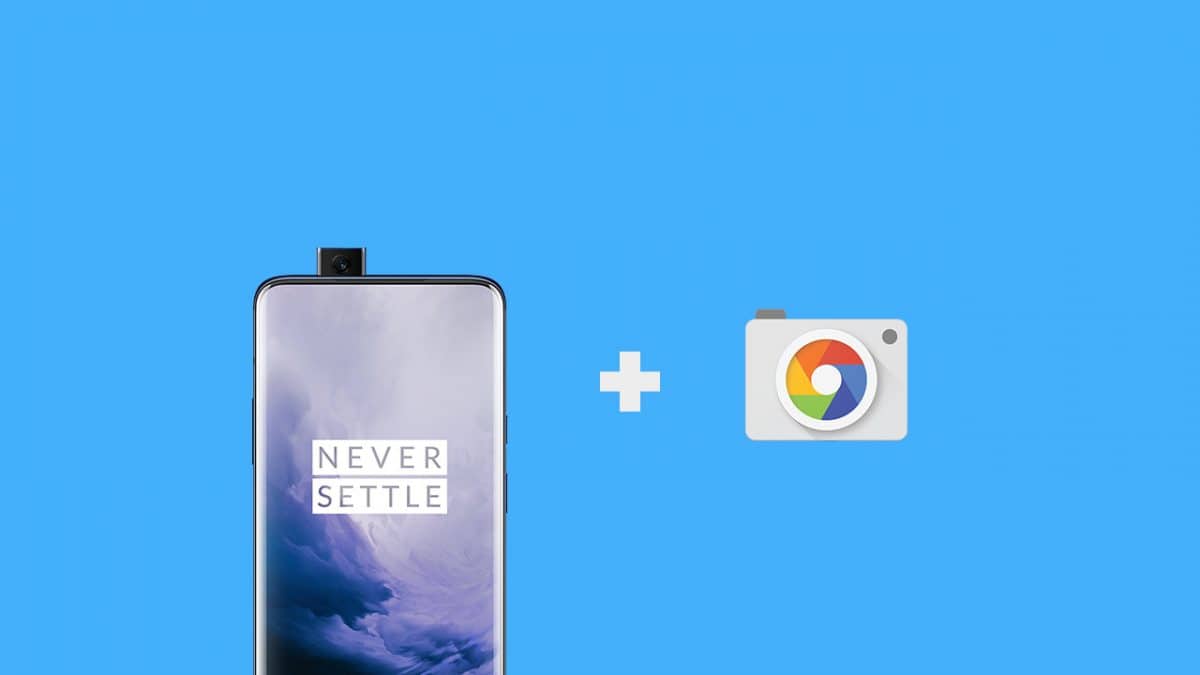 The best part is that, in order to install the Google Camera port on your OP 7 & 7 Pro, you don’t need to root your device. Though you have to install a config file on your GCam via internal storage. Follow the steps carefully:

Now, you are ready to use the Google Camera ported app on your OnePlus 7 or OnePlus 7 Pro handset easily. Additionally, you can make some settings changes as well from the top-left hamburger icon or More option from the above line of the shutter button. Tap and change the on-screen shortcut settings as well to try which one is better for you.

Hope this guide and the ported camera app will helpful for you. You can ask in the comments below for any further help as well.