Remember this is Only for Google Play edition Htc One M8.So do check your Android Model number before following this guide.You need to have stock recovery to Install / Flash the Stock ROM Update.You can’t use custom recoveries for this guide.

Below we share the manual method to Flash / How to Install HTC One M8 Official Android 6.0 Marshmallow OTA Update

rootmygalaxy.net will not be held responsible for any kind of damage occurred to your GPE HTC One M8 while following this tutorial.Do it at your own risk.

→ This is Only for Google play edition Htc One M8 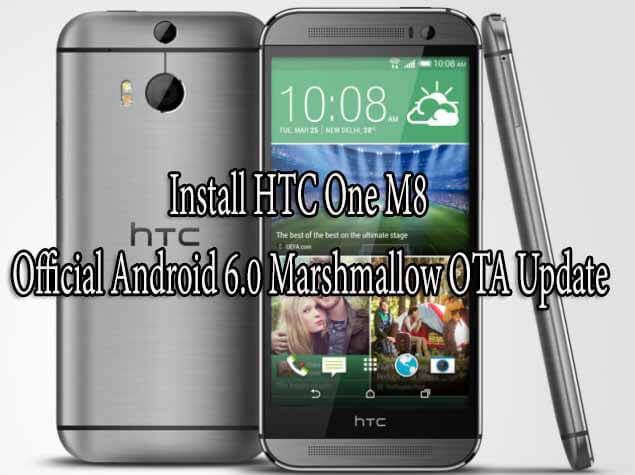 We hope this guide will help you.If you have any question or suggestion regarding the post ask in the comment section below.

17 thoughts on “How to Install HTC One M8 Official Android 6.0 Marshmallow OTA Update”