Taiwanese smartphone manufacturer, HTC is going through its bad times from the past few years. The company has not been able to hold a good position in the Android phone market. Now, HTC is gearing up to launch another 5G smartphone which has been spotted on Geekbench. The HTC Vive Focus Geekbench listing shows 6GB of RAM, Android 10, and kona motherboard. 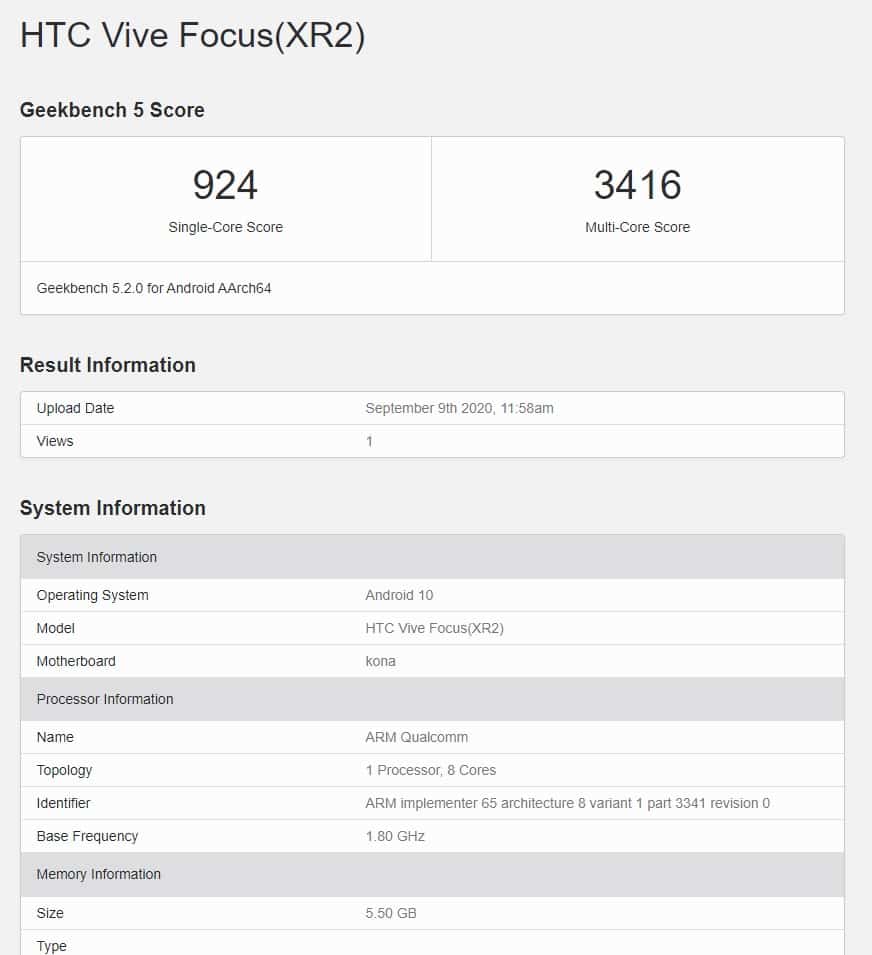 The source code of the page reveals Adreno 650 GPU which always integrates with Qualcomm Snapdragon 865 chipset. This is a powerful chipset with an integrated 5G modem. So, the HTC Vive Focus could be a powerful phone with 5G connectivity. In the Geekbench tests, the device has scored 924 points in the single-core test and 3416 points in the multi-core test.

The company has not announced any details about its upcoming 5G device. We expect more details to surface online in the coming weeks.