Huawei recently launched its most anticipated Mate 40 series with 5G connectivity, powerful cameras, and fast charging. Now, it seems that Huawei has started working to launch a new 5G phone that will feature 40W fast charging as per the 3C certification.

The device carries a model number CDL-AN50 in the 3C listing. We can see that the charger outputs a maximum of 10V at 4A thus 40W speed. The charger which gets the model number HW-100400C00 is manufactured for Huawei by Guilin Kafia Technologies Co., Ltd. Company.

The recently launched Huawei Mate 40 is also equipped with 40W fast charging. Whereas, the higher variants are upgraded to 66W charging speed. So, unlike the early days, Huawei seems to have started focusing on fast charging technology. Talking about fast charging, BBK-electronics owned Xiaomi and Realme have already introduced 120W and 125W fast charging respectively.

Coming back to the 3C certification, it does not reveal the device name. However, we expect more details to surface online in the coming weeks. 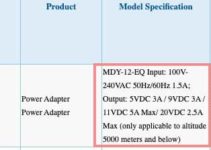 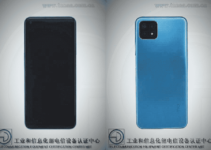