This update is rolling out via OTA (Over-the-air) and will reach you region wise so it may depend on your country when you will get the update. This update is not for every user, it is only available for 300 users in the first phase.

This update is only for the models with build number B150 and B159, If you have rooted your Huawei Maimang 5 and G9 Plus then you may not get the OTA update on your device, but as soon as download link will available then we will add it in this post.If you are the one who has build B150 or B159 and your device is n’t rooted, then you can check for OTA update by Going to settings > About device > System Update. 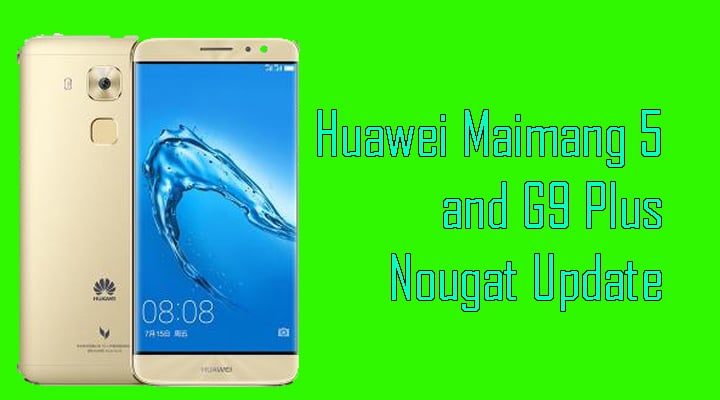 We all know that Android 7.0 Nougat comes with many new amazing features and Nougat update is already recieved by many other company smartphones and it’s time for  Huawei Maimang 5 and G9 Plus to get the all new Android Nougat on their device.

Maybe next week Official Android Nougat update will start rolling out for all the users till then you have to stay tuned.