Huawei is not very good at providing regular updates to its devices. Huawei in November shared the full details of EMUI 10 update for its devices. The Huawei p20 and P20 pro’s Android 10 beta test have already started and it’s going according to the plan. So now all users are waiting for the official stable Android 10 update for the devices. 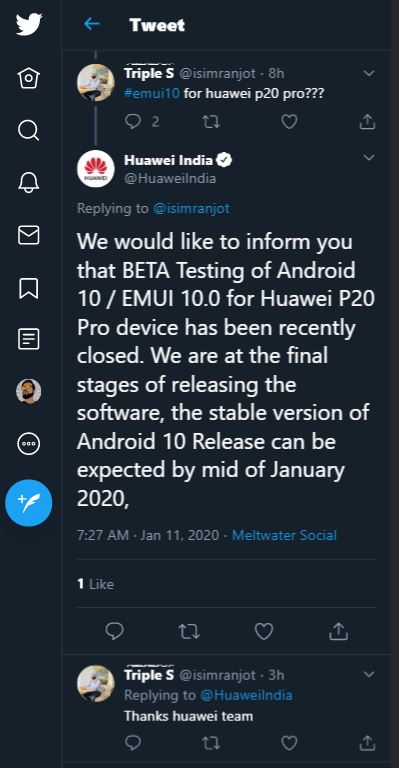 Just similar to that Huawei responded to a European user stating the Huawei P20/P20 Pro in Europe will be getting the EMUI 10 update starting from March 2020. This is really good to see that Huawei has officially confirmed the release date of Official stable Android 10 update for these two devices.