The Chinese smartphone manufacturer Huawei has just launched another Y-series device called Huawei Y9 Prime 2019 in India this year. The smartphone will go on sale starting from August 7, 2019, in the country. Huawei is trying to compete with other recently launched upper-mid-range devices like Oppo K3 and Realme X by launching the Y9 Prime 2019. The Y9 Prime 2019 handset was launched back in May this year globally and now it’s unveiled in India as well. The new Huawei smartphone offers a pop-up selfie camera, a bigger 4,000 mAh battery, triple rear camera setup, and Kirin 710 chipset.

The device comes with a 6.59-inch Full-HD+ TFT display with 1080×2340 pixels resolution quality. The phone is powered by the octa-core HiSilicon Kirin 710 SoC coupled with 4GB of RAM. Users will get up to 128GB of inbuilt storage which is expandable via a MicroSD card up to 512GB. It runs EMUI 9.1 based on Android 9 Pie out-of-the-box.

In terms of the camera department, it has the triple rear camera setup of a 16MP primary sensor, an 8MP secondary sensor with an ultra-wide-angle lens, and a 2MP third sensor. The rear camera setup also features AI modes and an LED flash. While the front packs a 16MP pop-up selfie camera. 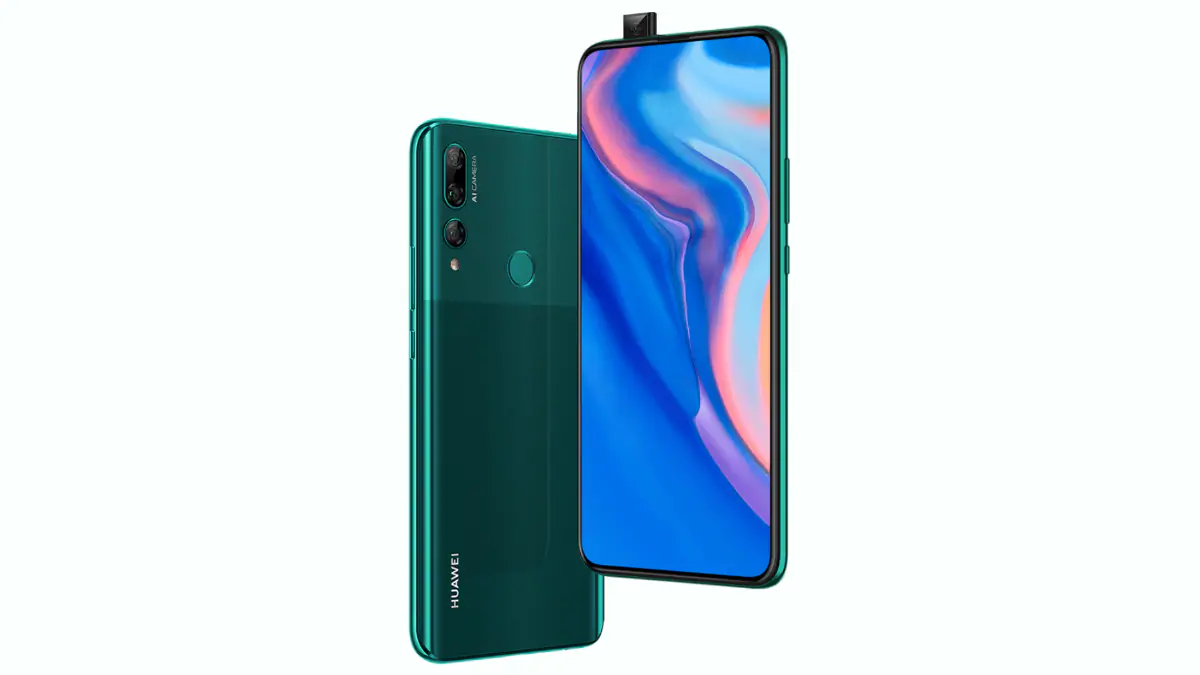 The Y9 Prime (2019) device has been priced in India at Rs.15,990 for the 128GB storage variant. The phone will be available in Emerald Green and Sapphire Blue color options. Amazon India website will start selling the device from 12 pm (noon) IST on August 7. It will be available exclusively for Prime members. While regular customers would be able to purchase the phone from via online starting from 12 pm (noon) IST on August 8.