Samsung next big official announced the launch of its new device is still 25 days away, but it seems like we know almost everything about their newest device at this point already. However, it hasn’t stopped us from not being excited and keenly anticipating the launch of Samsung Galaxy S8. Samsung’s flagship models are among the most keenly anticipated smartphones each year. They have a certain swagger about their release and the way users are overjoyed after buying these phones. Today, we will be talking about few of Samsung Galaxy S8 apps which are already available for downloading.

This amazing news was posted on XDA-Developers by an XDA contributor who goes by the username Albe95.There amazing apps will come pre-installed on Samsung Galaxy S8 and it appears that these apps are not very different from the apps which we already have on Samsung Galaxy S6 and S7 when considering the functionality and the user interface. However, there are a few subtle changes which are noticeable upon using the new tab for favourites in Music Player app which will allow you to easily access the tracks which you have marked with a heart, therefore making it easier for you to access songs you like more.Now follow the Guide Below to download and Install Galaxy S8 apps on any Samsung Galaxy Phone running on Android 7.1 Nougat

Samsung Galaxy S8 apps look like an updated version of what already existed in Galaxy S6/S7, but it will still be exciting to have the apps of Galaxy S8 run on your device. Especially when you consider that you will be trying them before anyone else and before the device is actually launched. An important point to be noted is that these apps were tested to work on Samsung’s official Nougat firmware but few users have also mentioned that they also seem to work on Samsung’s Marshmallow firmware. But they certainly won’t work on a non-Samsung device having Marshmallow or Nougat firmware.

The process is fairly simple; you just have to follow these instructions:

How To Install Galaxy S8 apps on any Samsung Galaxy Phone running on Android 7.1 Nougat 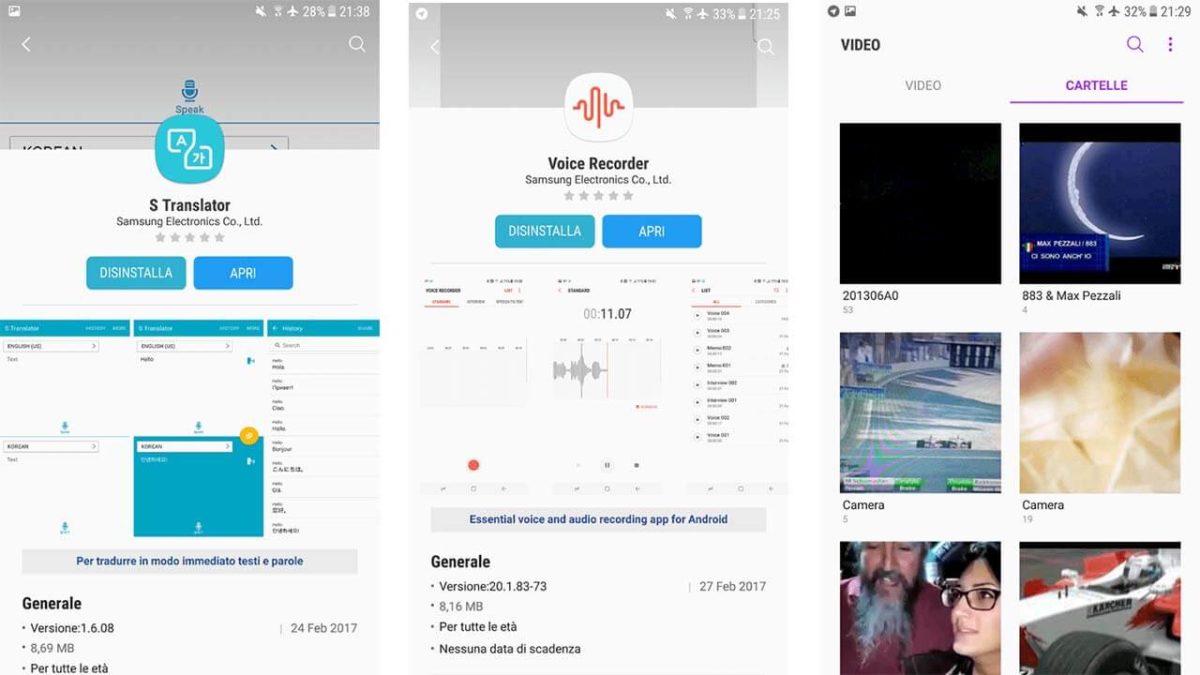