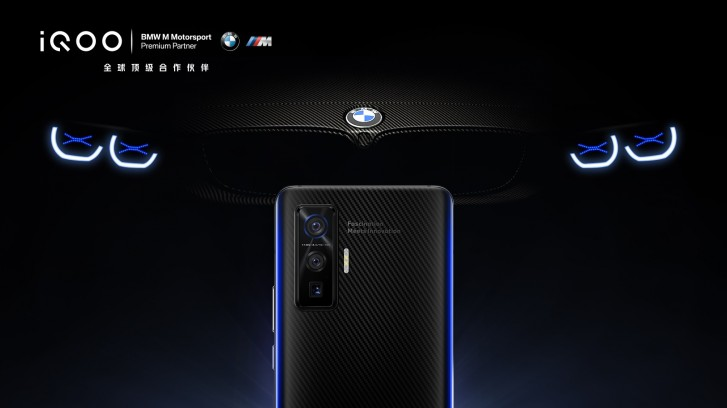 The phone will feature a triple camera setup on the back arranged in a vertical manner. We also see a dual-tone LED flash to the right of the camera setup. There’s Some text above the LED flash that reads “Fascination Meets Innovation”.

Among the three cameras, one of them is a periscope zoom lens. The power button and volume rockers are present on the right side of the smartphone. In the image, we can see blue accents at the edges which appear to be a design to match with the BMW car’s headlight.

It’s worth mentioning that the regular IQOO 5 launching on August 15. It will come with Snapdragon 865 SoC, 120W fast charging, 120Hz AMOLED display. You can find more details about IQOO 5 here.