The LG Velvet has launched earlier this year in a few regions with Snapdragon 765G processor. Recently, T-Mobile announced that it will bring the LG Velvet 5G to the United States with MediaTek Dimensity 1000C chipset instead of the Snapdragon 765G. Now, the Velvet 5G with new chipset is spotted on Geekbench with 6GB of RAM. 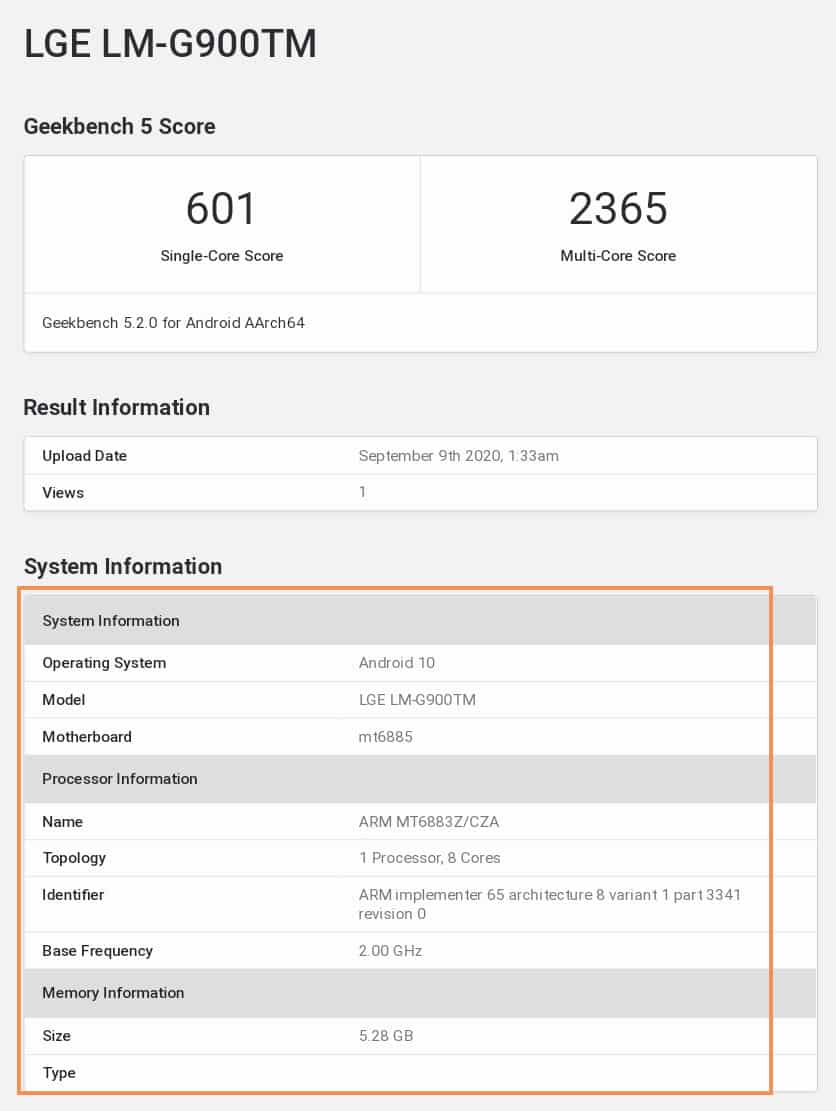 The handset will run Android 10 out of the box. In the Geekbench tests, the device has scored 601 points in the single-core test and 2365 points in the multi-core test.

In optics, the Velvet 5G features a triple rear camera setup comprising of a 48MP main camera, an 8MP ultrawide camera, and a 5MP depth sensor. For selfies and video calls, it gets a 16MP front-facing camera. The phone is backed by a 4,300mAh battery and supports 25W fast charging. Other features include – in-display fingerprint scanner, Bluetooth 5.1, and USB Type-C port.