Popular developer “Topjohnwu” has released another HotFix update for the previously launched Magisk 24 app. The new Magisk 24.1 HotFix will bring in numerous critical bug fixes and a few minor app improvements. For users that are facing issues from the previous app with Zygisk and hiding Magisk, they need to download Magisk 24.1 from below.

Magisk started out as a seamless rooting method for Android devices but now it has developed into an extremely versatile and powerful tool that includes other features such as SafetyNet Bypass, external modules, Root Hide, and more. If you need root access today, one of the most reliable options today is installing Magisk for superuser access.

Magisk v24 has become fully compatible with Android 12 smartphones and it comes with various bug fixes and stability improvements. The first one is the support for devices that don’t support 32-bit code and only function on 64-bit code.

How to download and install the Magisk 24.1 HotFix APK?

The easiest way of installing Magisk APK would be a normal app installation on your Android device. Alternatively, you can even rename “Magisk-v-24.1.apk” to “Magisk-v24.1.zip” and then flash via TWRP recovery with ZIP extension. Use the Magisk v24.1 APK and then install the file as a normal app on your Android 12 smartphone or any Android device running Android 11/10/9.0 Pie/8.0 Oreo/7.0 Nougat, and more.

Changelog and features of Magisk 24.1 HotFix 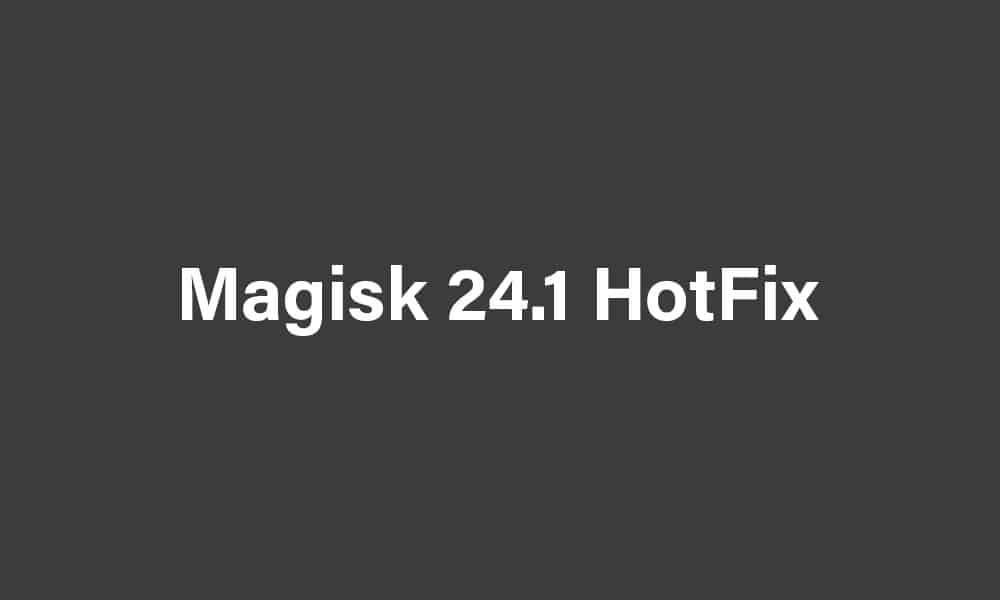