Motorola Nio which could be the new flagship device from Motorola. Some news about the device has already been covered by Xda and many other reputed publications.

A report from TechnikNews has revealed some specs details of the device and the possible model number which is XT2125.

Today,  the Motorola Nio with model number XT2125-4 was spotted on the popular benchmarking platform Geekbench. Thanks to the test we now have some specifications of the device. 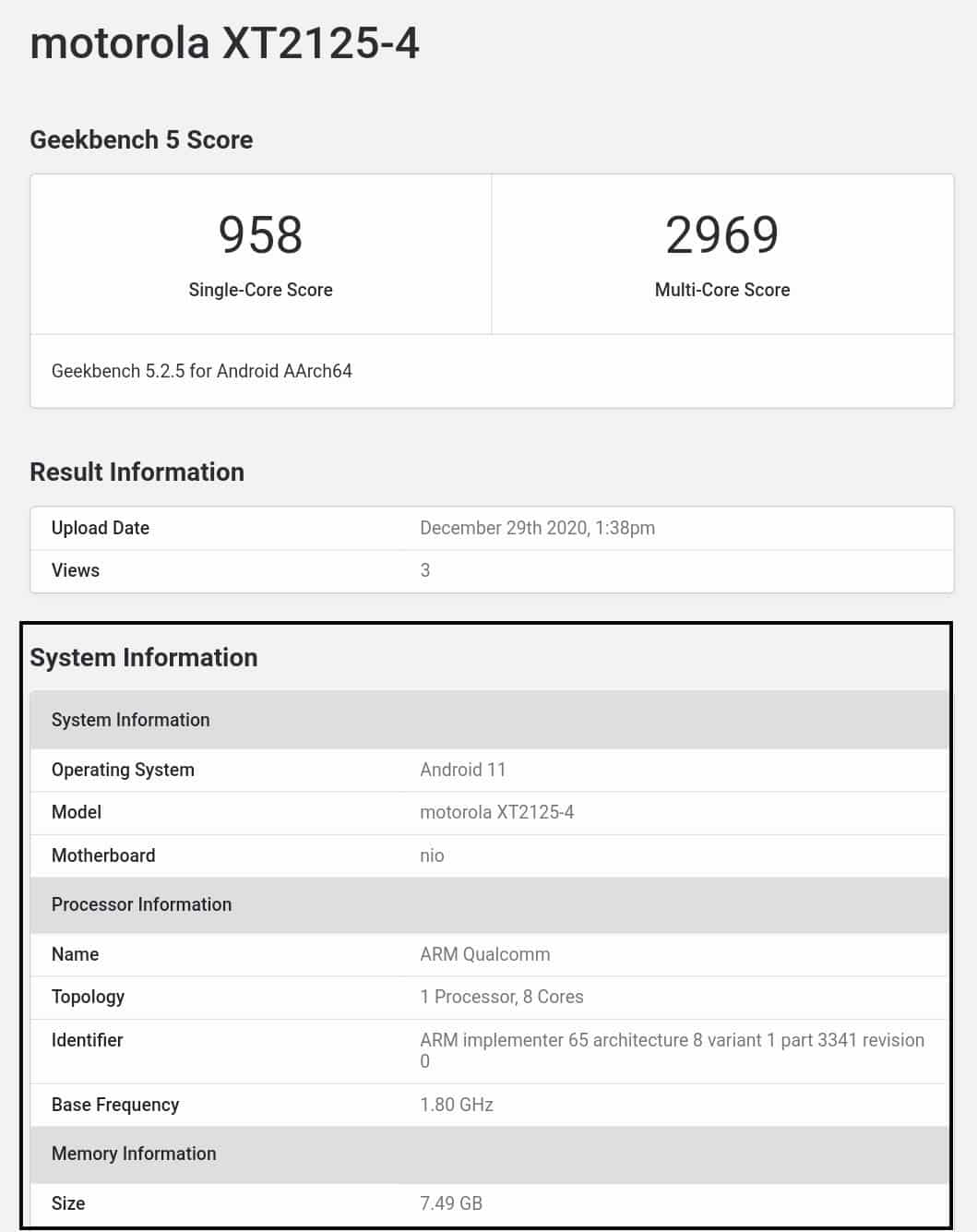 As per the Geekbench listing, the device is being driven by Snapdragon 865 (5G) SoC with a base frequency of 1.80Ghz coupled with 8 GB of RAM and It runs Android 11 mobile Os.

Now coming to the Geekbench score, the device has scored 958 points in the single-core test and 2969 points in the multicore test. This listing has reaffirmed that the release date of the device is very close and we can expect some official statement very soon.