Realme is a new brand but it has already secured its place in this over-crowded mobile market. The company has been launching some of the great budget devices. Today, we have spotted a new Realme device on Geekbench. This new Realme phone bears model number RMX3092 and appears to belong to the mid-range category. 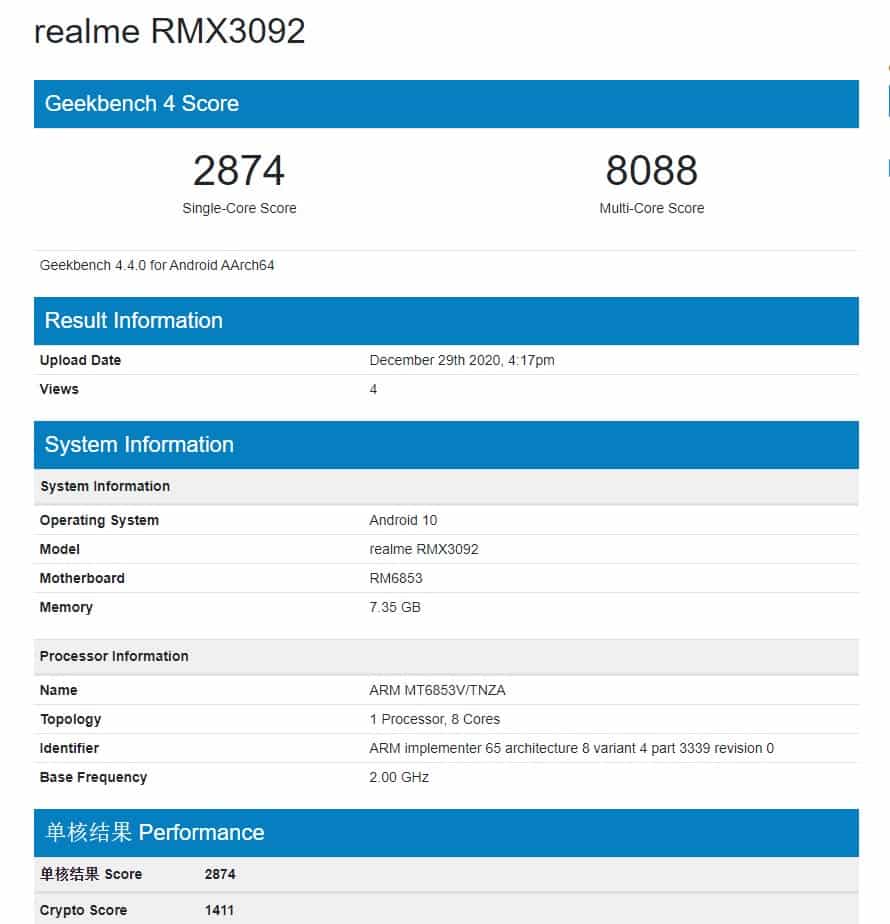 As per the Geekbench report, the device is driven by the Dimensity 720 soc which has base frequency of 2 GHz. The phone has 8GB of RAM and boots Android 10 out of the box. We expect to see more RAM variants at the launch.

In the Geekbench test, the device has managed to score 2874 points in the single-core test and 8088 points in the multi-core test. As of now, the launch date, specifications, and marketing name of Realme RMX3092 are unknown. However, we expect more details to surface online in the coming days.