Realme GT Master Edition has already got upgraded to Realme UI 3.0, which is based on Android 12. The device has now started receiving a new software update that the April 2022 security patch and various fixes related to the Camera, Photos, Status bar, and Home Screen.

The latest software update for Realme GT Master Edition is tagged as RMX3360_11_C.06. This is the first update after the device got upgraded to Android 12. According to the changelog, the Realme phone is getting March and April 2022 security patches that fix numerous vulnerabilities to improve system security and privacy.

With the latest update, Realme has fixed camera-related issues such as image noise issues in 10x and 20x photos and backlit photos appearing dark. The update also optimizes photo effects. The device is getting a fix for an issue where the existing albums might get deleted after creating a new album. Also, the problem with the battery icon not displaying on the lock screen is getting a fix here. Realme GT Master Edition’s latest update also includes improvements to system performance and system stability. The black screen issue that appears when tapping on the app icon is fixed with the new update.

Proud Realme GT Master Edition owners in India have already started receiving the April software update. As always, it is rolling out in a phased manner. Hence, it may take a few days for the update to hit your phone.

Realme GT Master Edition who are still in the queue, waiting for the update notification to arrive, should navigate to Settings > Software update to manually check for new updates. 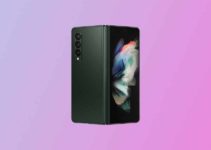