The Oppo sub-brand Realme has come almost a year ago as a smartphone brand for the online market. It’s basically competing against Xiaomi devices in India and then other budget segment brands. Now, the Realme brand is very known to all and offers great value for money devices. For a couple of weeks, another mid-range all-rounder smartphone leaks and rumours coming out. Realme XT is going to launch in a few weeks officially in China at first. The company is reportedly working on the launch of this device soon which has recently appeared on Weibo as well.

However, the device is expected to release officially in next month which was already teased by the Realme India CEO at the Realme 5 launch event. Though, there is no officially confirmed release date or price announced yet. The device will run on ColorOS 6 on the top of Android 9.0 Pie out-of-the-box as well. According to some of the reports and leaks, we can expect a set of specifications for this device. Check out the details.

The Realme XT smartphone may be powered by an octa-core Qualcomm Snapdragon 712 SoC, coupled with up to 8GB of RAM and up to 128GB of internal storage option. We can expect three variants like 4GB/64GB, 6GB/64GB, and 8GB/128GB models. All the variants may come with a 6.4-inches Super AMOLED with a waterdrop-style notch display. It may pack with a 4,000 mAh battery with 20W Oppo VOOC 3.0 fast charging support.

In terms of the camera department, the handset should come with a quad-camera setup on the rear side. It may include a 64MP primary camera with an f/1.8 aperture lens. While the device may have an 8MP wide-angle camera (f/2.25), a 2MP macro camera, and a 2MP portrait sensor with an f/2.4 lens. While the front features a 16MP selfie camera coupled with AI modes like Face Unlock, Portrait, etc. 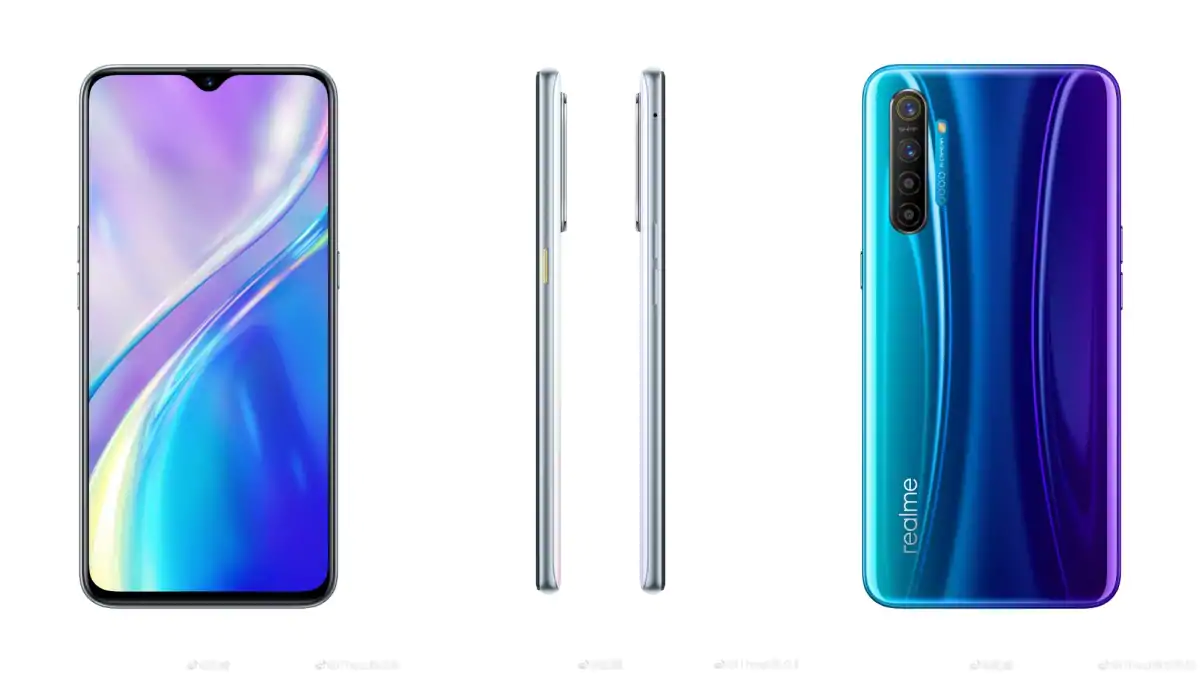 The handset will come with a couple of colour options from which one Pearl Blue colour is already revealed in the leaks. While the second colour option would be Silver Wing White. There is no official confirmation on the device launch or price yet. Though, it will first launch in China and then will be available for other countries.