In this guide, you will learn How To Safely Root Samsung Galaxy S6 On Android Marshmallow 6.0 Using SuperSu v2.65.The process is very simple and easy, Just download the supersu Zip then you have to flash the SuperSu v2.65 Zip file via TWRP recovery to get root access.

Thanks to Chainfire’s auto boot patcher in SuperSu v2.65, it’s very simple and easy to get root on most Marshmallow firmware from most manufacturers.You can root almost all android 6.0 marshmallow devices (Stock Firmware) by just flashing the SuperSu v2.65 File.By Flashing This, you can easily Root Samsung Galaxy S6 On Android Marshmallow 6.0

This is only applicable for Samsung Galaxy S6 Model Number G920F running Android 6.0.Marshamllow Firmware built no. G920FXXU3ZOL6.You need to have TWRP recovery to flash the SuperSu file to get root access.Just follow the step by step guide to Root Samsung Galaxy S6 On Android Marshmallow

rootmygalaxy.net will not be held responsible for any kind of damage occurred to your Galaxy S6 while following this tutorial.Do it at your own risk.

→ This Guide is only For Galaxy S6  model number G920F, so don’t try on other models. 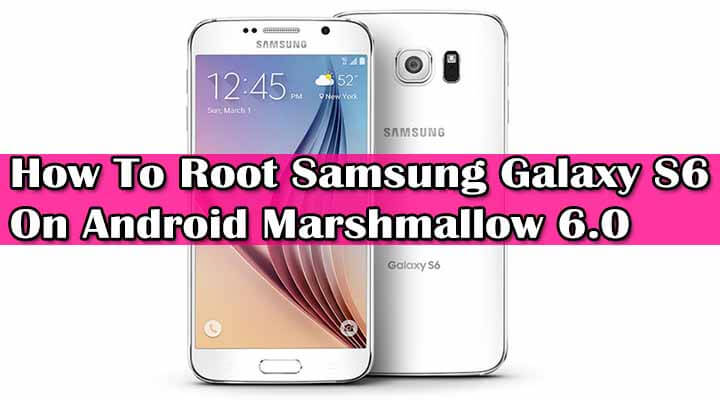 For confirmation, install Root Checker from Google Play Store and confirm the root privileges in your smartphone.