Android’s best source for trusted root access for years has been SuperSU, better known as Super User. It has been around for a very long time indeed, and with every Android update, it has enabled newer and better ways for root access. With root access on your Android device, you will be able to do a lot of different things, like flashing a ROM, updating a Custom Recovery, or simply sideloading a vast array of different Mods.

With root access on your Android device, you will be able to do a lot of different things, like flashing a ROM, updating a Custom Recovery, or simply sideloading a vast array of different Mods.If you want to know more about root then check out our previous post [icon name=”hand-o-right” class=”” unprefixed_class=””] What Is Rooting Android Phone? Advantages And Disadvantages[icon name=”external-link” class=”” unprefixed_class=””]

However, for quite some time now, users have been complaining about bootloop issues on their devices running Android 7.x.x Nougat, with SuperSU installed. Just recently, senior XDA member, Chainfire has released the much awaited SuperSU v2.79 SR2, which fixes the annoying bootloop issues, and also gives a better SELinux Handling on devices running Android Nougat and above.

The following has been stated by the senior member at XDA Forums :

XDA Senior Recognized Developer Chainfire has released SuperSU v2.79 SR2 with some changes to the SELinux policy handling on Android 7.X devices. Furthermore, the update is claimed to have fixed bootloop issues on pre-7.0 devices. 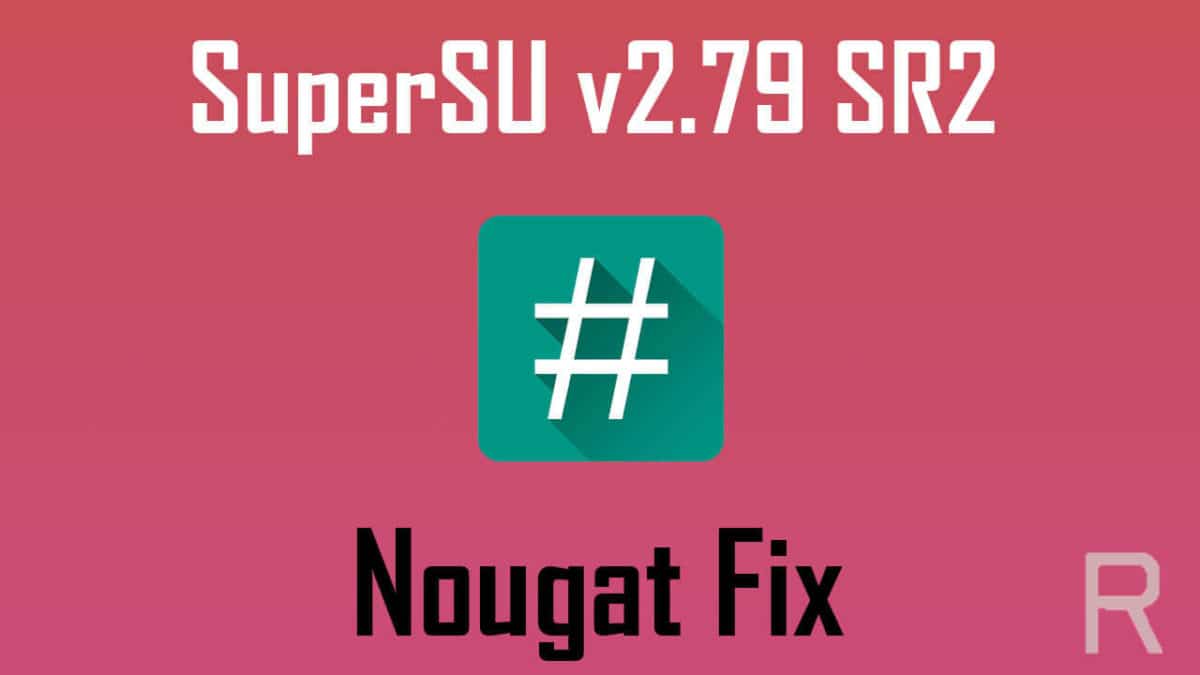 If your device is already rooted on Android Nougat, and you have been facing several issues with it, then we do recommend you flash this SuperSU update file via your custom recovery like TWRP on CWM. You can download the latest beta version of SuperSU by following the link here.