The US Cellular brand T-Mobile has recently started rolling out a new firmware update for the OnePlus 6T devices. T-Mobile OnePlus 6T November 2019 Patch Update released with a build number A6013_34_191216 based on Android 9 Pie. Apart from the security patch, the update also brings updated GMS to October 2019.

As it’s an incremental OTA update that weighs around 325MB in size, the T-Mobile OnePlus 6T users should receive it very soon. However, it’s recommended to check for the software update on your device to get notified earlier. Currently, users are waiting for the official Android 10 stable update and the update will soon hit the OnePlus 6T T-Mobile variant users. Here we have provided the full official update changelog below:

If you want to know more about the November 2019 Patch update, it brings a security vulnerability fix that could enable a remote attacker in the System component using a specially crafted file to execute arbitrary code within the context of a privileged process. Therefore, it’s quite necessary for all the users to be updated every time once a new software update or security patch released.

Read Also: How To Unlock the Bootloader of T-mobile OnePlus 6T

Meanwhile, the eagerly waited users can check the OTA update on their devices. Go to the device Settings app – Software Updates – Check for update. Currently, the download link isn’t available for this update. So, you may have to wait for it. 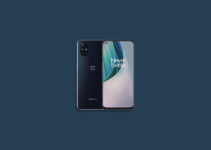