In this guide, you will learn how to Update Huawei Mate 8 to Android 7.0 Nougat [EMUI 5.0] :Huawei turned many heads last year with their partnership for the best and the last ever Nexus device to exist – the Nexus 6P. Since then, Huawei has made a name for themselves in the budget as well as the premium market of smartphones as well. The Huawei P9 is a great example of their recent success, and recently came along the brand new Huawei Mate 9, the successor to the widely popular Mate 8, which we’re going to be talking about today.Follow the given steps to manually install official Android 7.0 Nougat EMUI 5.0 Firmware On Huawei Mate 8.

The Huawei Mate 8 was released with Android Marshmallow out of the box, and has since been provided many little software updates to eliminate bugs and add some new features, and this proves that the company is keen to provide quality assurance even after an year has passed with the device being released. Well, very recently, Huawei also made the Beta version of Android Nougat available to the Mate 8, and users are happier than ever.

This is an official update, meaning you won’t need to worry about any void warranty stickers. If you would like to learn how to Update Huawei Mate 8 to Android 7.0 Nougat [EMUI 5.0], then look no further. 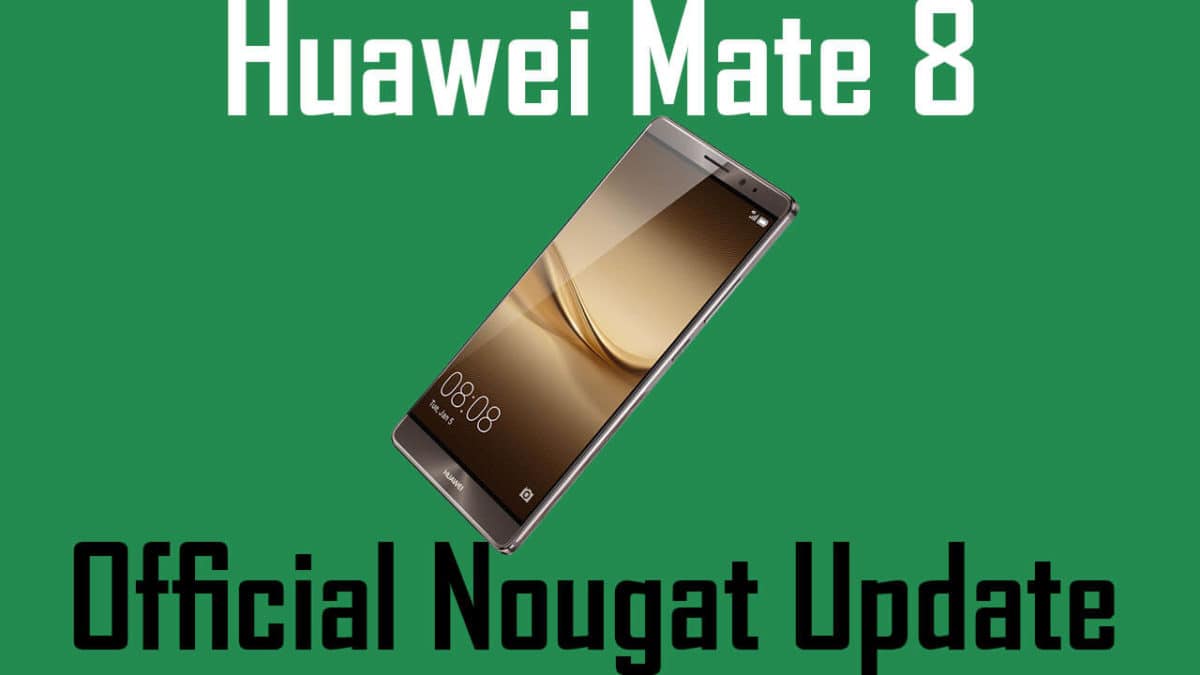