Xiaomi Mi TV Q1 75-inch has obtained Bluetooth SIG certification. The certification reveals that it will come with Bluetooth v5.0 standard and hits at an imminent launch. The certificate fails to reveal any more details. As of now, there is no word from Xiaomi regarding the launch of Mi TV Q1. 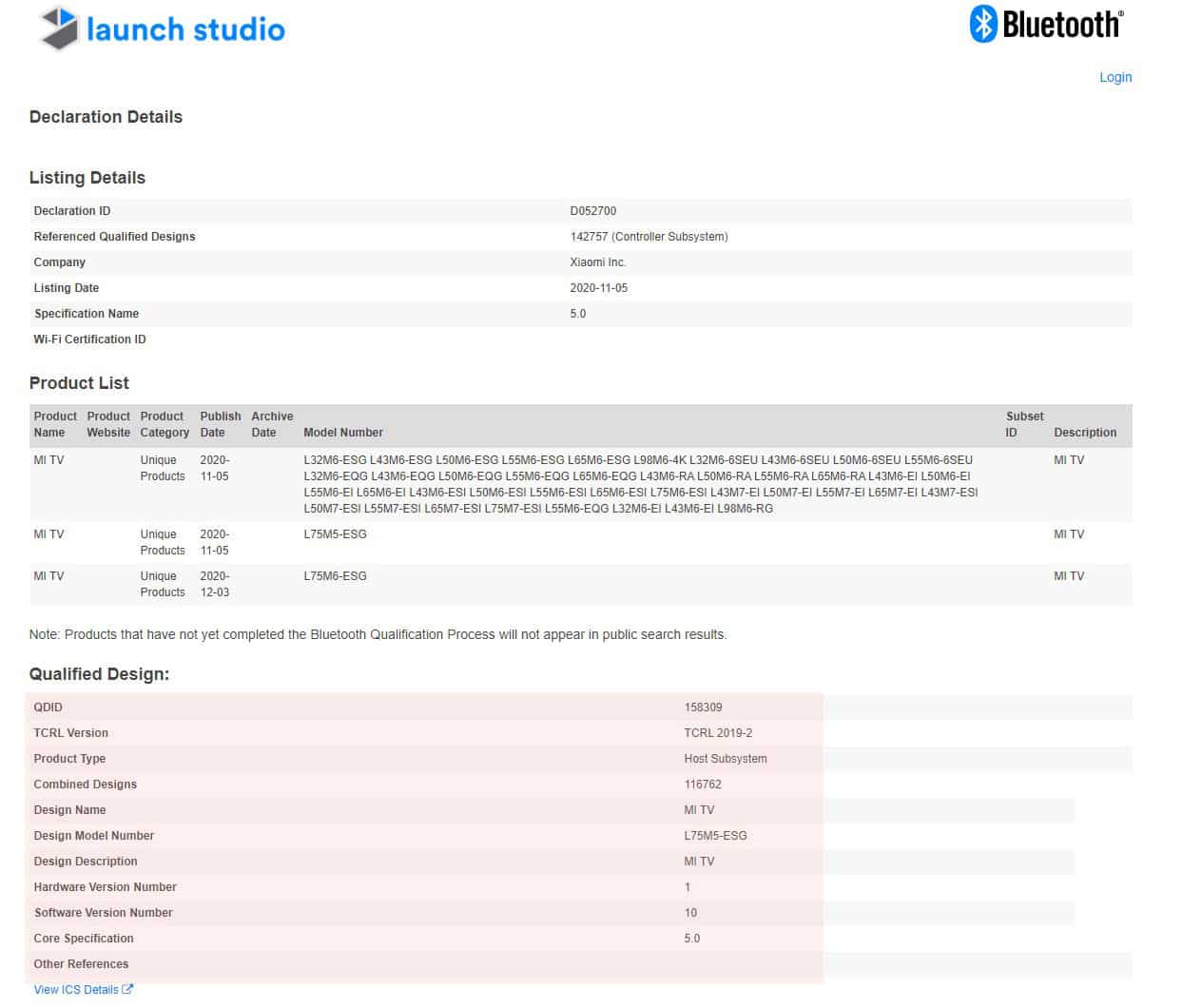 This year Xiaomi has launched quite a few impressive TVs and the most interesting one is the Mi TV LUX OLED Transparent Edition. It is the World’s first mass-produced transparent OLED television. The OLED panel is fully transparent and gives the appearance of a clear window when off and makes the images appear floating when turned on. For the past few years, Xiaomi has been among the top companies with the most number of smartphones and TVs shipments. Recent data shared by the company reveals that a total of 46.6 Million phones were shipped in Q3 2020. Total revenues grew to CNY 72.2 billion ($10.9 billion), which is up by 34.5% compared to the same period last year. Revenues from AIoT products increased to CNY 18.1 billion ($2.7 billion) by 16.1% from Q3 2019.