Android N : Everything you need to know about upcoming android update (Android N 7.0)

With many devices still anxiously waiting for the marshmallow update the developers have already come up with the android N which was released on 9 March 2016 as a developer preview for nexus devices. Currently it I rumored to be in alpha mod and certain nexus devices like the nexus 6p have got the beta update. Other phones won’t be getting the beta update any time soon but the Moto G4 has been promised the android N update. However there has been no official release date but the update is expected somewhere between September and October this year.

[symple_box color=”green” fade_in=”false” float=”center” text_align=”left” width=””]Update: Google has finally revealed the name of the next major update of Android on Snapchat and that Android N will now be known as Android Nougat.

The android N is gonna be packed with a buck load of useful, improved and also never before seen features which are given in the lit below. 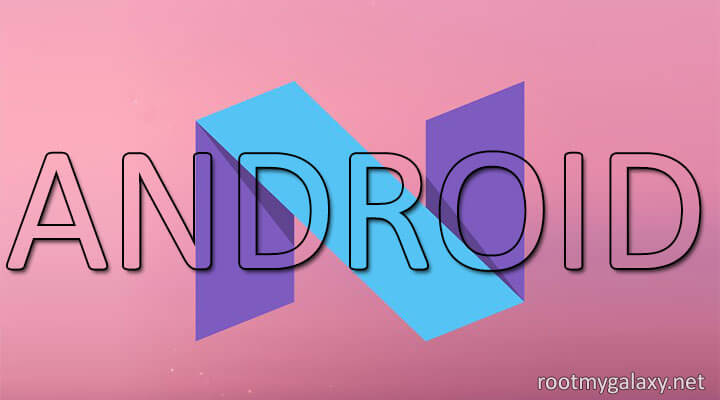 This is amongst the most popular features and also the mot demanded one. With the android N upgrade you can split your screen to use a many apps as you want to (I’m pretty sure you don’t want any more than 4 apps though) this way your apps will be working simultaneous on the same divided screen. Hence you won’t have to keep on switching tabs. Also double tapping the task manager button will immediately open your most recent app.

Google has launched a new VR platform for android called as daydream. Daydream is believed to a follow up for the cardboard initiative. However unlike cardboard, daydream shall be compatible with only a few phones having specific sensors. Daydream shall be a unique combination of the headset and a remote such that it will allow user to scroll through apps inside the VR.Google has also made VR optimized versions of Google play movies, YouTube and they also have third party tie-ups with Netflix.

Normally a notification window is just  an unspecified status bar giving you information about whatever happened . Well that’s what we all believed and what Google had been doing until now. However this time they crunched it up a notch (for good) when they designed the customizable notification window. With the Android N you can arrange your notifications based on priority so you will get different responses from your phone for different notification.

This mode here was supposed to be introduced with android M but somehow it wasn’t added. Anyways it’s here now and most of the night owls will be really happy with this. The dark mode is more like a blue screen filter which helps to read stuff on your phone at night. This is a great feature as it will keep your eyes strain free.

This wasn’t really among the most anticipated features but it is a good idea to make enhance customization and making your phone more about you. Till now we were dependent on third party applications for customization but we won’t have to anymore which makes the wait for android N even more unbearable.

So far we have been using the android settings like a switch to turn services on and off without there being any interaction between user and machine. Now with android N your phone will be giving you suggestions like if your brought a new phone it’ll tell you to set up your email. There will also be other hints and information which your phone will prompt

Allo and duo are two new messaging apps which shall make an appearance in Android N. These shall include texting , voice and video chatting.

Updating a phone has always been a time consuming and bugging task so google has decided to simplify it. All you have to do is sign up for the program and you shall download updates on the go.the next time you reboot your phone the updates shall be installed .This way you get to install updates as per your convenience

Why not ? Many of the emojis were outdated so we shall have new ones .As simple as that

While the original dose did work wonders when it came down to saving battery drain on standby, the new one is believed to be 40% better .

Unlike marshmallow the AOT runtime has been replaced by the JIT runtime but apps are boasted on every reboot.

Newer tools like calculator have been added to the notification toolbox. Also we can now reply to texts with unlocking.

Rather a smarter lock screen as you can now add emergency information on the lock screen.

This is very helpful as it becomes easier to contact your family and friends  after any mishap .