Asus will soon add a new member to its ROG phone lineup that will be called ROG Phone 5. Today, the ROG Phone 5 with model number ASUS I005DA appeared on Geekbench with key specifications.

As per the Geekbench listing, the ROG Phone 5 has the ‘lahaina’ motherboard which is nothing but the Snapdragon 888 chipset. The 16GB RAM variant of the device was tested on Geekbench. However, we may also see more RAM variants at the launch. 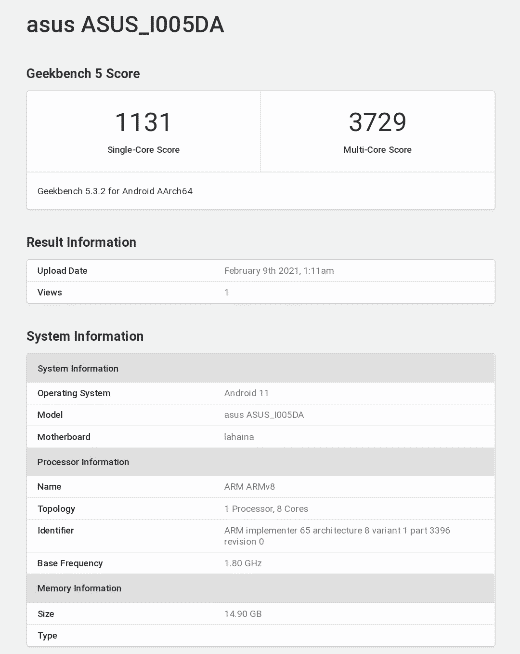 The listing further reveals that ROG Phone 5 will boot Android 11 OS. It has managed to score 1131 points in the single-core and 3729 points in the multi-core test. 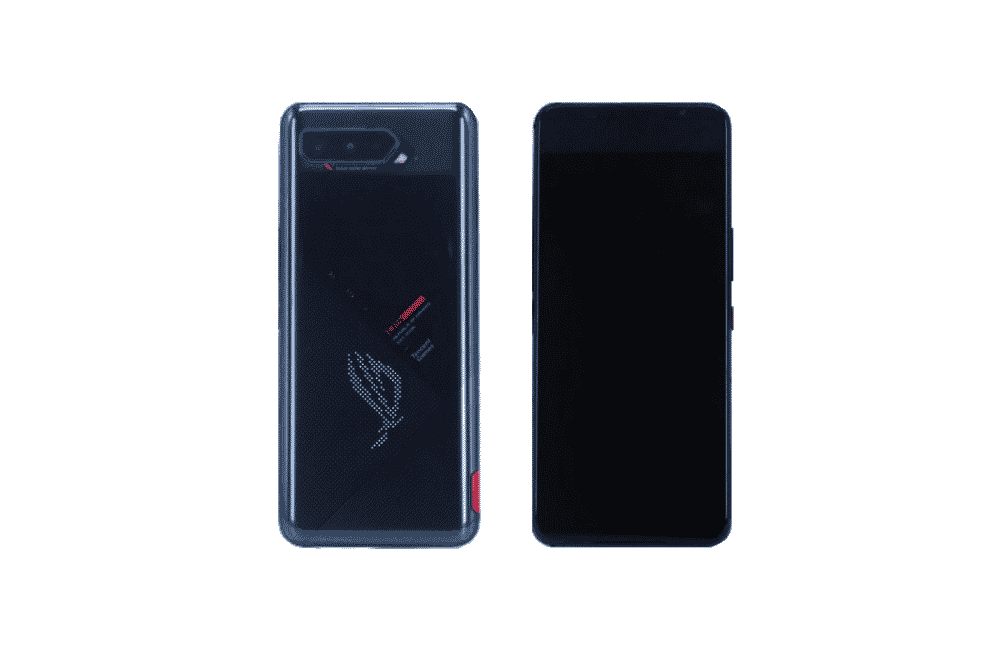 TENAA listing for the ROG Phone 5 reveals that it has a big ROG logo on the back. It has a 6.78-inch screen that is most likely to be of OLED type. The phone will pack a 6,000mAh dual-cell battery with up to 65W fast charging support. ROG Phone 5 is likely to offer a 64-megapixel primary camera and a high refresh rate.

As of now, there is no word from Asus for the launch of ROG Phone 5. That’s all pretty much details we have. But, we expect more details to surface online in the coming weeks.

[via]
rootmygalaxy.net is one of the leading tech blogs started in 2014. Our stories have been picked up by the likes of Forbes, Foxnews, Gizmodo, TechCrunch, Engadget, The Verge, GSMAreana, and many others. Want to know more about us? Head here. You can follow us on Telegram, Twitter, Instagram and Facebook
FacebookTweetPinEmail