AT&T LG Phoenix 3 M15020h February 2018 Security Patch (OTA Update) | Android 7.0 Nougat: AT&T has been rolling out new security patch updates to its devices.AT&T LG V30 and LG G6 have received the January 2018 Security Patch Update but it is really great to see a mid-range device like LG Phoenix 3 has also started getting February 2018 Update.The update is started rolling out in a phased manner.

AT&T has started rolling out latest February 2018 security patch update for LG Phoenix 3 via OTA.The OTA has been rolled out in the US  and only available for AT&T users.This update comes with the latest security patch update which was released by Google in February Security.The update comes with build number M15020h.The update brings some bug fixes which were available in the previous build.It also brings stability and performance improvements.Thus, you should download and install the update to your AT&T LG Phoenix 3 which will come as an OTA update to your phone. 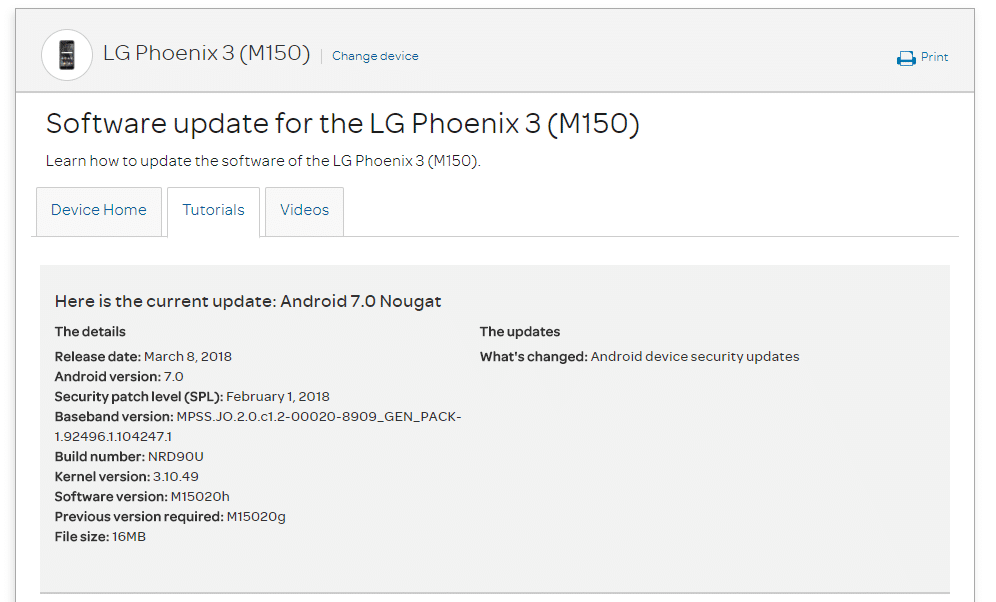