In this guide, we are sharing some of the Best Android Nougat ROMs for Nexus 5X (Android 7.0/7.1.1/7.1.2). The Nexus 5X was launched in October 2015 along with the Nexus 6P. The 5X had one of the best cameras in a smartphone at that time. One would term it as “Plastic Fantastic” due to its cheap plastic build and great overall performance. It was a true successor to the Nexus 5. Luckily, the Nexus 5X still receiving the OTA updates but, there are Android nerds and geeks who are always looking to personalise their devices.

So, if you’re one of them you should look at the Best Android Nougat ROMs For Nexus 5X.Also, this might be helpful in improving your performance and battery life. Do note that this requires root access, an unlocked bootloader, and a custom recovery like TWRP.

The Nexus 5X is really a popular device when it comes to development, and with top-notch specifications that it holds, there is no denying that custom ROMs are the way to go on this device. Let’s have a look on some of the Best Android Nougat ROMs For Nexus 5X.

Contents
I. DISCLAIMER
II. PRE-REQUISITES
III. List Of BEST ANDROID NOUGAT ROMS FOR Nexus 5X
III.I. Follow this guide to flash the ROM How To Install A Custom ROM Via Recovery On Any Android 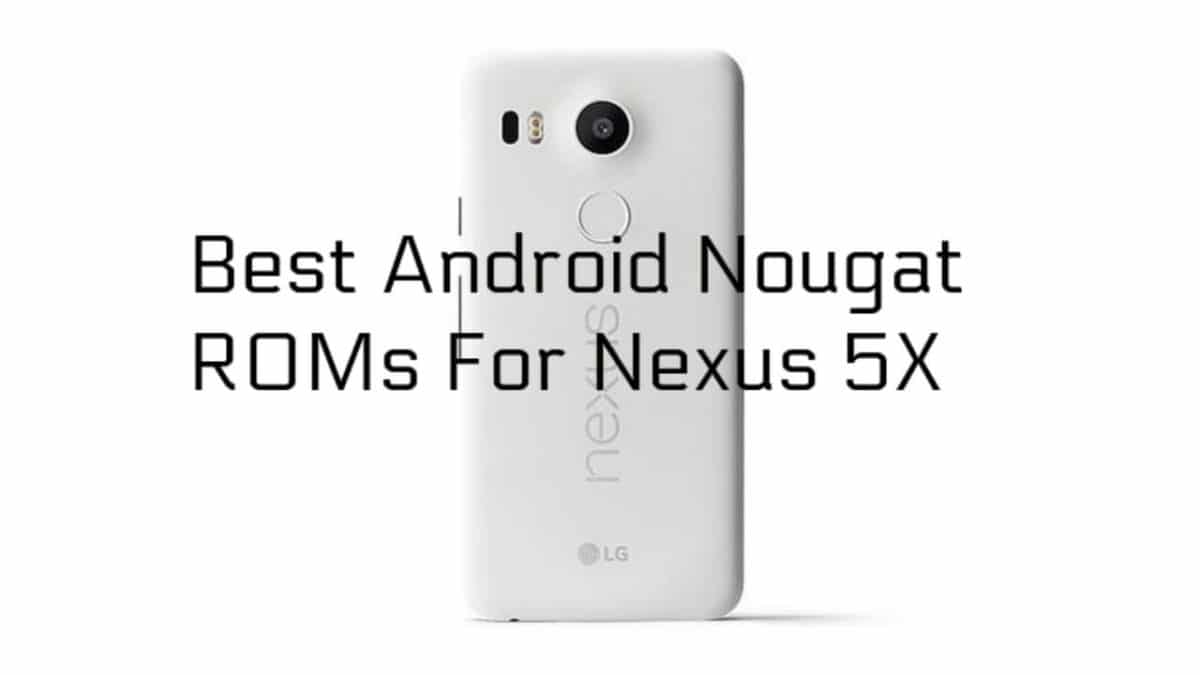