Many COD a.k.a call of duty users have reportedly facing issue with the login. Many users have started tweeting about the issue. According to some users, this may be happening due to server issue.

Some users are not able to connect to Call of Duty Modern Warfare. This issue is being reported in many regions. As of now, there is no official statement from the company. But it seems that there is a technical issue from the game’s server end.

Not only the PC users, but the PS$ users also have reported about the connectivity issue. We have shared some tweets of users who are facing the issue. 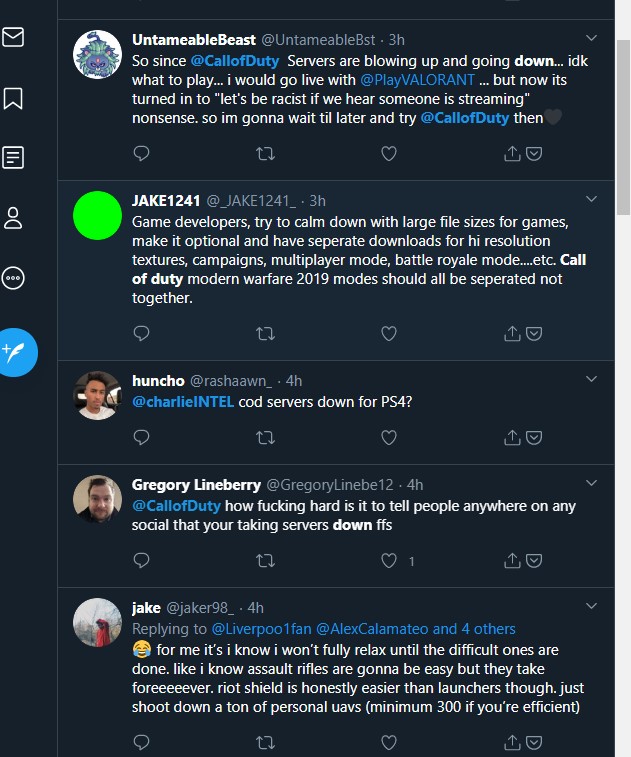 We are expecting an official statement from the game developers. During this pandemic time playing the game is one of the best time killers, we hope these issues will be fixed very soon.