There is a great news for Google Nexus 5 users, now unofficial CyanogenMod 14 ROM For Nexus 5 Is Already Under Development.Here we will be sharing details on CM14 For Nexus 5 Development status.

Google has released official Android Nougat 7.0 for the latest Nexus devices and as we all knew Nexus 5 was not on that list.Nexus 5 is now a 3 years old devices and has been updated to Android Marshmallow 6.0.1 officially by Google and that is its final official update.That means now users have to depend on custom ROMs.

Users now can install / flash custom ROMs like CM14 to get the latest Android on Nexus 5.There is an unofficial AOSP Nougat 7.0 ROM available for Google Nexus 5.And now we have another great news for all Nexus 5 users.Unofficial CyanogenMod 14 ROM For Nexus 5 Is Already Under Development.

Team CyanogenMod has not made any announcement for the Android Nougat based CyanogenMod ROMs but there are developments going around CM14 ROM. 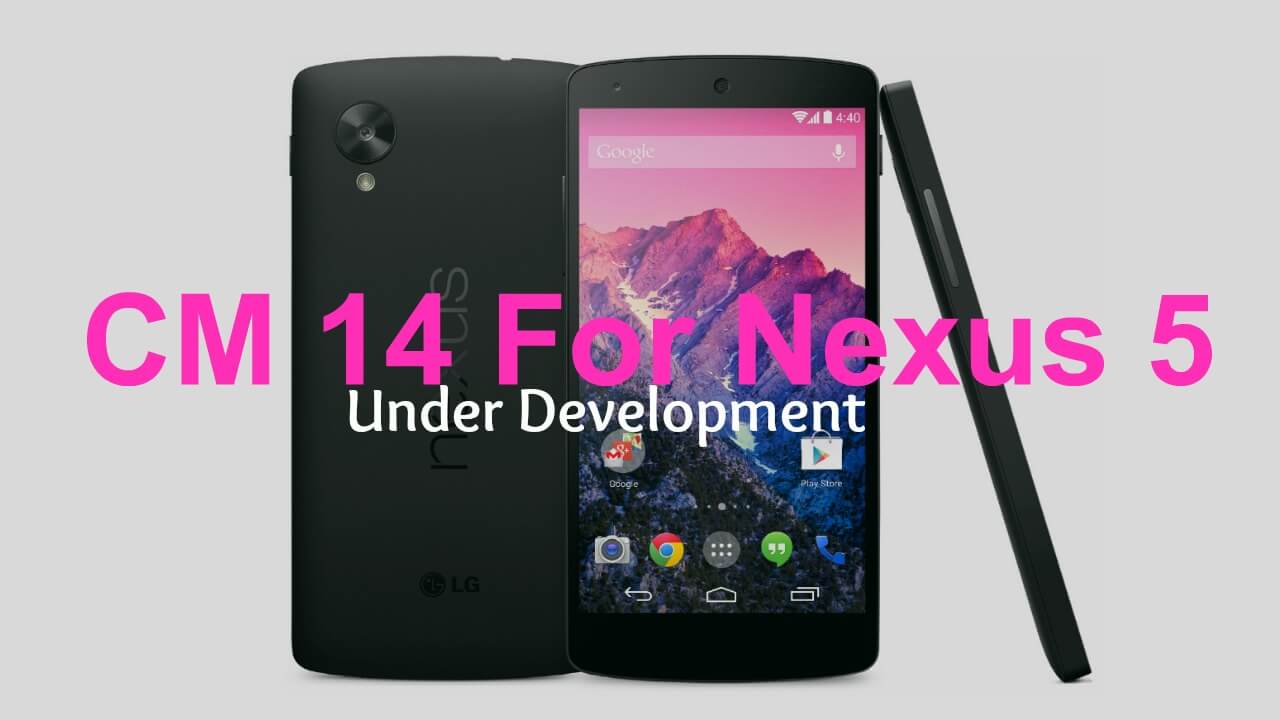