The Huawei P8 Lite is an entry level android smartphone from Huawei.It has a 5.0 inch HD display  (720 x 1280).It is powered by an Octa-core 1.2 GHz HiSilicon Kirin 620 processor coupled with 2GB of RAM.It comes with 16GB of internal storage and has a microSD slot which is expandable up to 256GB.It sports a 13MP primary camera and a 5MP selfie shooter.It has a 2200mAh battery.Overall Huawei P8 lite is a great entry level smartphone.

If you also own a Huawei P8 Lite ALE-L21, then this is a great news for you.Huawei has now updated Huawei P8 lite to official Android 6.0.1 Marshmallow.Huawei has released official Android 6.0.1 Marshmallow B574 Firmware for Huawei P8 Lite ALE-L21 European variant which comes with Huawei’s Emotion UI v4.0 (EMUI 4.0).The update is around 1.51GB and comes with build number ALE-L21C432B574

Like all other updates, this is also available via OTA (Over-the-air), you can manually check for the update.The update is live in only Finland region.Please follow the given steps to check for the update yourself.This is only for Europe region so if you have a European model then you are going to get this update

rootmygalaxy.net will not be held responsible for any kind of damage occurred to your Huawei P8 Lite while following this tutorial.Do it at your own risk. 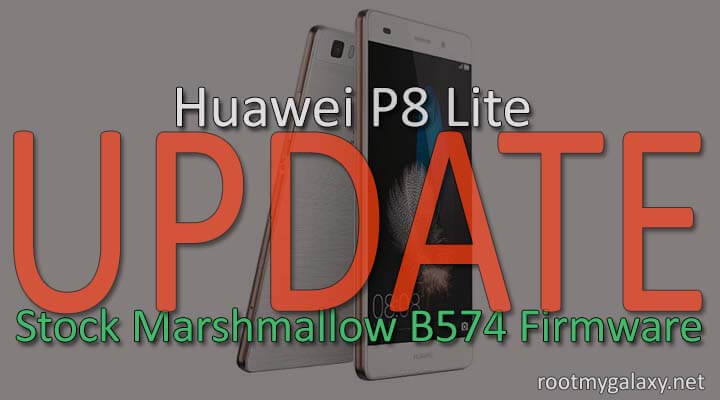 If you have any questions related to this post feel free to ask in the comment section.🙂