GUIDE: How to backup Important data On Android (No root required): Take a backup of images, videos, apps and other files without rooting your Android device. Just follow the guide to backup & restore android without root.

Backups are an indispensable part of our lives. Whether it is the complete backup of our Android device or any section of media files that we need to secure, backups are the prime solution. It is a nightmare to lose all the data only to later realize the importance of the creation of backups.

Android app market is full of third-party apps that assist with backup for rooted phones. Unlike the Apple OS, Android does not have facilities like ‘iCloud’ which assist in backing up data without having the requirement to root the device. Thus, Android largely lacks a comprehensive solution for backing up apps and data. Therefore, it seems challenging for non-rooted users to backup their data.
Recent advancements in the field of app development have led to the launching of apps specialized to address support towards android backup without root.

Full tutorial on How to backup important data on Android devices :

How To Backup Important Data On Android:

This guide is only for nonrooted users. If you have a rooted phone then you can take an android backup from TWRP recovery or use Titanium Backup.

But if your device is not rooted then you have to take backup by an android app. Don’t worry. Here is a small step by step guide to backup Important data On Android without rooting by the use of ‘Helium’ Android app:

How To Backup & Restore Android Phones Without Root 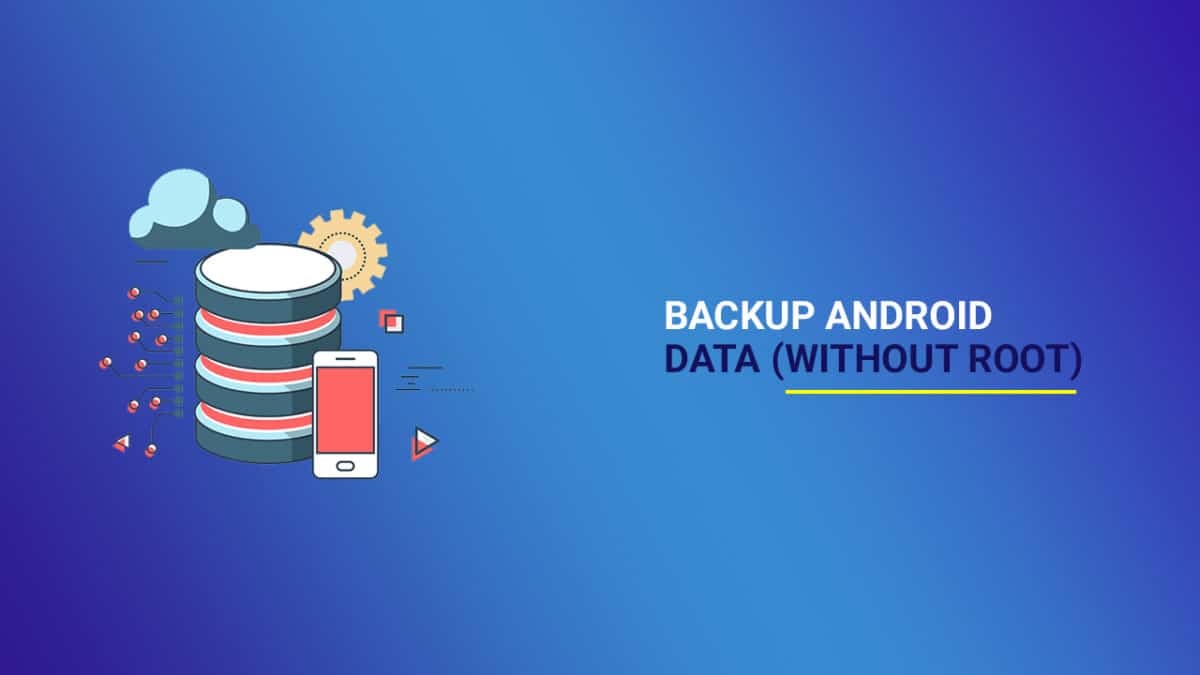 The first and foremost step involves installing the ‘Helium’ app on your android device. This app functions by pairing your Android device with your computer or laptop. After pairing, it exchanges a set of commands that enable the initiation of backup. Therefore, you need to make sure that the ‘Helium’ application is installed on your computer as well. The desktop version for Helium app is available for Windows, Linux, and Mac OS. If you are Windows users, you will have to install additional drivers corresponding to your smartphone model. The drivers are available on the official website of the Helium app. 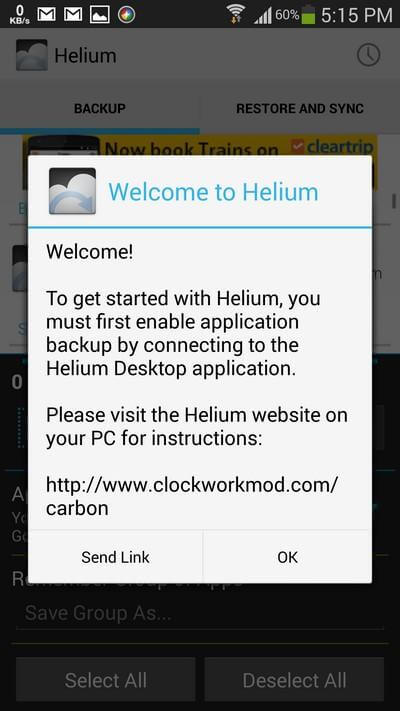 After installation, you need to launch the app on your android device. As soon as you launch, a message would appear prompting you to enable backup by connecting to the Helium Desktop Application.
Connect your android device to the computer via a USB cable.

STEP 3: Connecting with the desktop application 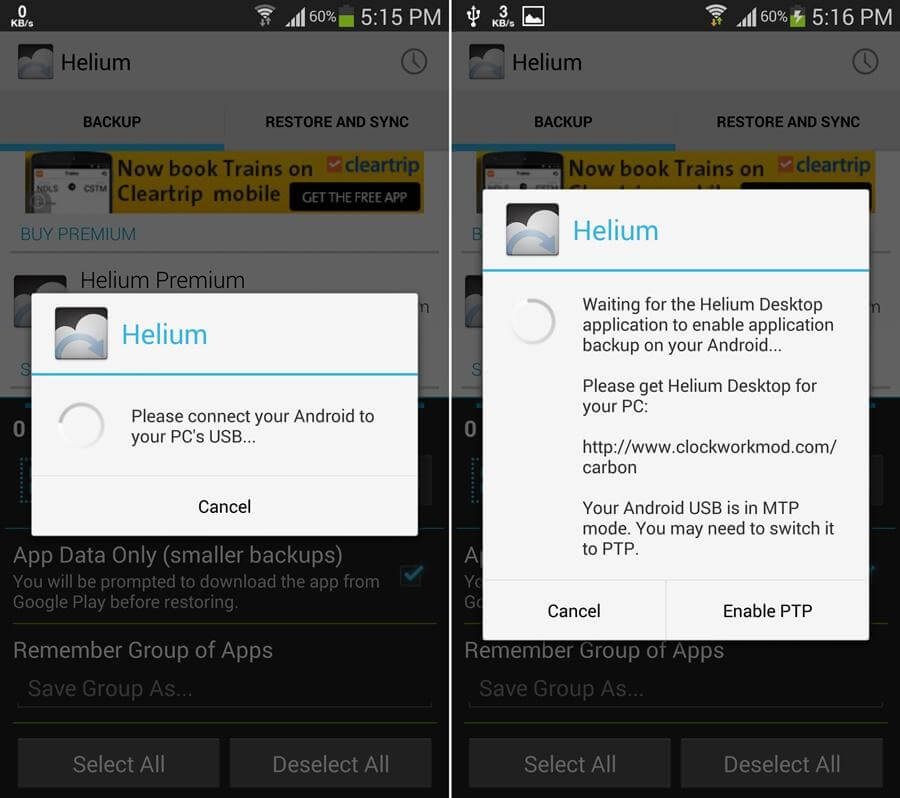 A list of all the available apps (which can be backed up) will be displayed in front of you. On further scrolling, you will find a list of apps which can’t be backed up. This is due to the system limitations that have been imposed by the developers.

Tap the ‘Restore and Sync’ option. In the ‘My Devices’ sections, select the option for which you created the backup. Check the app you wish to restore and then tap on Restore button.

The ‘Helium’ app is available in two versions. The ‘Free’ version has zero download cost but has the inclusion of ads in it. The ‘Premium’ version has additional features like Cloud sync with DropBox, Google Drive. The premium version gives the user the benefits of syncing data files from one android to another android device.

Some other apps to backup data without rooting are:

Now without getting involved in the hassles of rooting the device for backup purpose, the Android users can effectively back data. Thus, the missing app sync and backup solution for Android have been achieved.

If this guide helped you please share this article with others 🙂