As per sources, this is still based on Android 7.1.1 Nougat, not Oreo. But Moto has started working on Oreo build for the flagship device which may be released in few months. This is an incremental update with latest security patch so we recommend users to Update Moto Z Play November 2017 Security Update NPNS 26.118-22-2-8.

This update is rolling out via OTA (Over The Air).Those who didn’t wait for OTA they can also try manually pulling the firmware by going to the Settings –> About Device  –> Check for Updates and download it manually. If you want to wait for OTA, then it may take few days to reach all corners of the world. 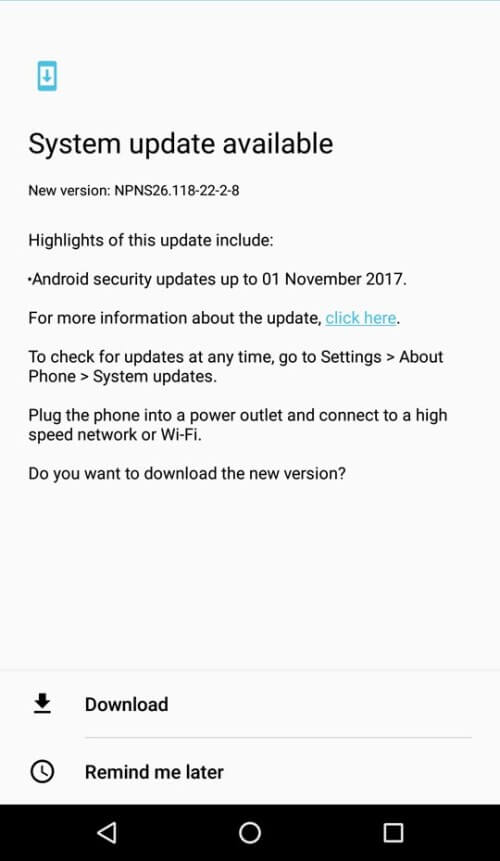 Hope you have successfully downloaded and installed November 2017 Security patch on Moto Z Play. Let us know your feedback in the comment section below.

How to fix Contacts not syncing problem on Android Oreo

How To Install TWRP Recovery and Root Huawei Mate 10 Lite