Here we will be sharing the direct link to Download Sprint HTC One M9 Official Marshmallow firmware Android 6.0 software version 3.33.651.2.Now you can download the Official Android 6.0 firmware leak.This is a Zip file so you can Flash it via custom recovery.

Android 6.0 Marshmallow is the latest release from google and all the top nexus devices are currently running on latest Android 6.0.1 Marshmallow.Other manufacturers like LG and Htc has started rolling out Marshmallow 6.0 Update for their Flagship devices (eg. LG v10,G4 and Htc One A9).

rootmygalaxy.net will not be held responsible for any kind of damage occurred to your Sprint Htc One M9 while following this tutorial.Do it at your own risk.

→ This Guide is only For Sprint Htc One M9, so don’t try on other models.

└ NOTE: For More details about the leak and screenshot please visit this original Xda thread 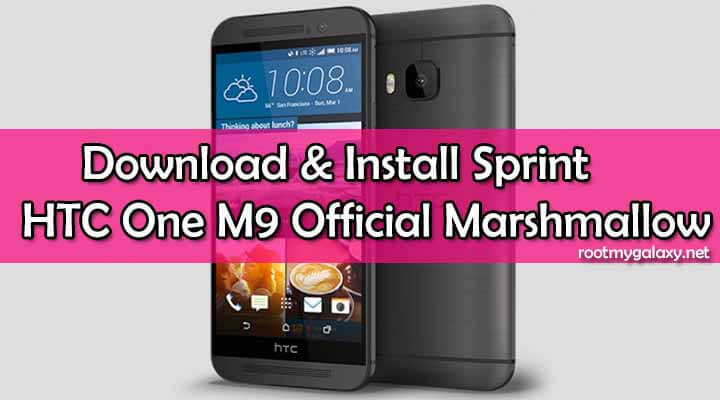 If you have any question related to this Post, feel free to ask in the comment section below.