To enable double tap to wake feature you should have root access, where you have to edit two files in the root directory on your device.

The first you have to edit build.prop file located in /system. Open the file in root explorer (Here we recommend Es File Explorer). Or you can also download buildprop editor app from play store which will be easy to edit the file without any confusion.

Now change the following line from

If you cannot see the above line in Build.prop file, manually add it in the file.

Now we will edit the second file called hw_easywakeupmotion_config.xml which is located in /system/emui/base/xml. Once again open the file root explorer and change the above line from

If you cannot see the above line in Build.prop file, manually add it in the file near the end.

After you have completed editing both files, reboot your device. Now you see Double tap feature in Settings –> Smart Assistance –> Motion Control. Enable the Double tap feature, reboot the device once again to enjoy the double tap to wake feature. 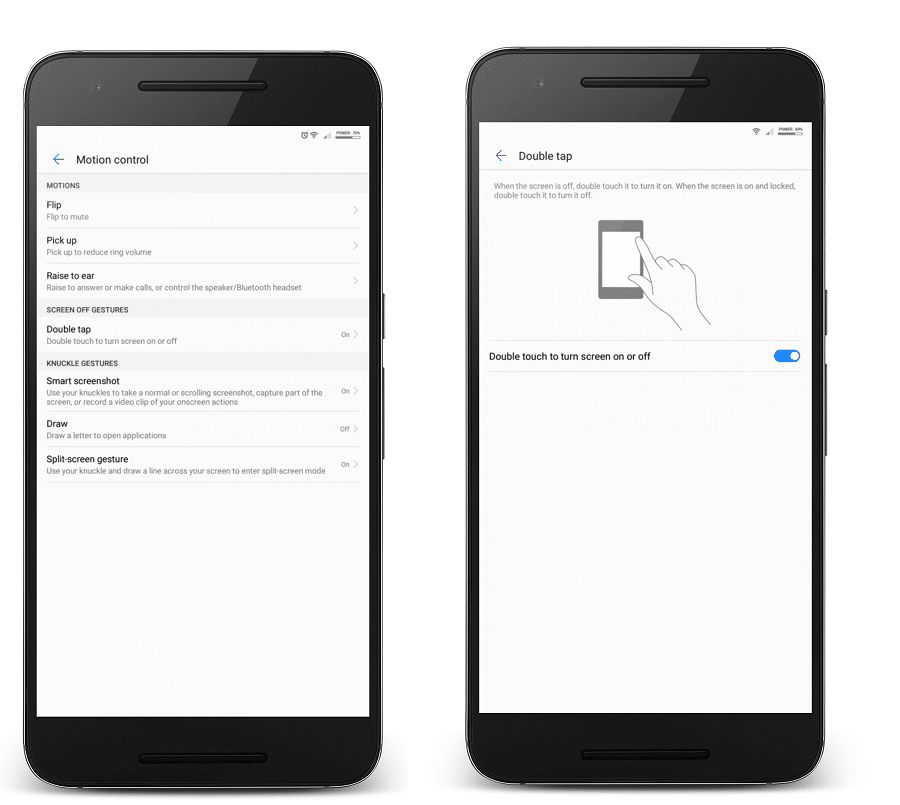