FlashFire is the most advanced on-device firmware flasher available for rooted Android devices. It can flash full firmware packages from various manufacturers, as well as apply over-the-air (OTA) and ZIP updates – all while maintaining root, and without using a custom recovery. It also offers full device backup and restores functionalities in several formats. Relevant files can be stored on internal storage, SD cards, USB connected storage, or can even be streamed directly to and from your computer using USB or Wi-Fi. It is also the next version of mobile ODIN which is the most popular tool for flashing Samsung zip files. As we all know, ODIN for Windows is the only tool which is used to flash the firmware on Samsung devices via PC.

Now, the latest version of FlashFire has been released and it is available for download. This version is termed as FlashFire v0.70 and this has a big update with it which is that this version supports the latest Android update which is Android 8.0 Oreo. Now, if we give you a little recap about the developers behind this popular application, they are the same ones who introduced rooting techniques for our smartphones. They are none other than ChainFire. These developers are most popular for their SuperSU app.

Talking about the support of FlashFire with Android 8.0 Oreo, we all know that the latest version of Android is not yet available for devices other than Pixel and Nexus smartphones. The LineageOS 15 builds that are available for many devices are unofficial ones so they cannot be taken into consideration. This means that the flashing tool works fine on Pixel and Nexus devices but is not tested on other devices so you should not flash using this on LineageOS 15 unofficial builds. 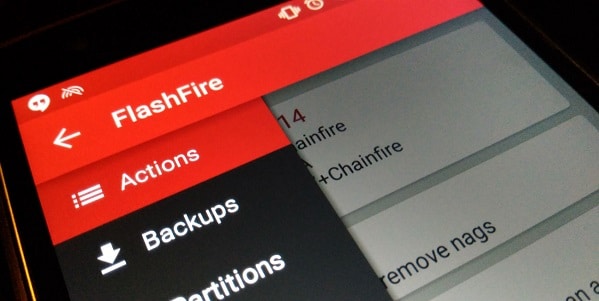 Now we have included the download link for the latest update so that you can try it out for yourself. This app is available from Google Play Store itself with the link to it down below