The Chinese tech brand Huawei has launched the world’s most powerful AI processor called Huawei Ascend 910 chipset. The processor is made with an AI computing framework called MindSpore. The new AI processor belongs to the series of Ascend-Max chipsets of MindSpore.

Huawei has mentioned that they have been working on this processor from 2018 and it’s mainly focused on multiple AI (Artificial Intelligence) processes along with huge power consumption ratio. They also said that a full-stack, all-scenario AI-powered chipset offers better optimization and performance. The Ascend 910’s maximum power consumption is only 310W which is lower than expectations.

The chipset is used for AI model training and in a typical training session based on ResNet-50. The combined performance ratio of Ascend 910 and MindSpore is two times faster than TensorFlow. Huawei also said that the company will continue investing in AI processors in the near future to deliver more advanced, affordable, and powerful computing power. This will help in automatic driving and training module. 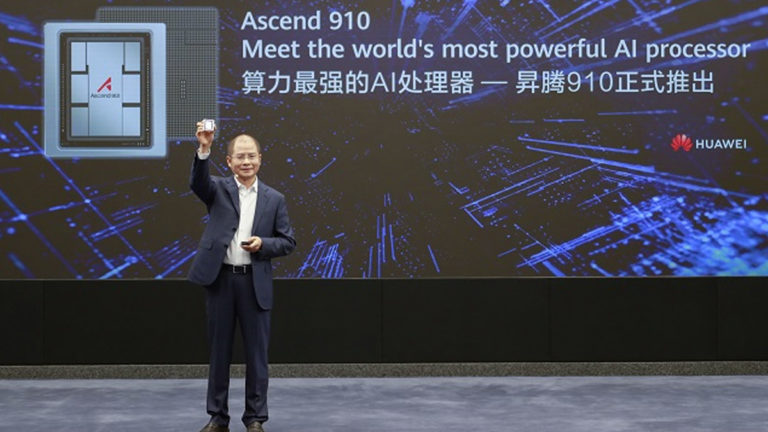 In terms of the natural language processing (NLP), MindSpore has 20 percent lesser line of codes along with the neural unit. Talking about the MindSpore, Huawei also mentioned that the AI processors will help to build a more robust and advanced AI ecosystem even for the cloud platform.