The Latest version of TWRP recovery, v3.0.0 is released by TeamWin.It has a new theme.There are few new features added to this built like adopted storage support for Marshmallow, true terminal emulator, and few more.It is now unofficially available for many devices including the Galaxy A7 model number SM-A710F & SM-A710M.Developer ashyx, Senior Member over Xda post about this recovery.

If you own a Galaxy A7 model number SM-A710F or SM-A710M & want to root it then it’s time to flash the latest version of the TWRP recovery as it is more stable and future proof.Don’t worry we will be sharing direct download links and step by step guide to Install TWRP 3.0.0 Recovery On Samsung Galaxy A7 (2016)

Now You can root Galaxy A7 2016.Follow the guide linked below↓

rootmygalaxy.net will not be held responsible for any kind of damage occurred to your Galaxy A7 2016 while following this tutorial.Do it at your own risk. 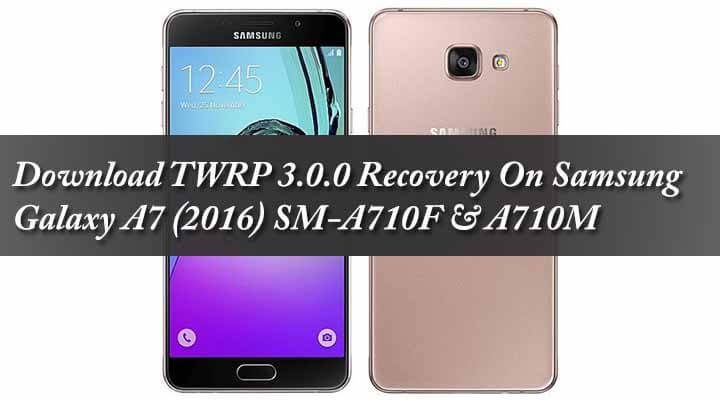