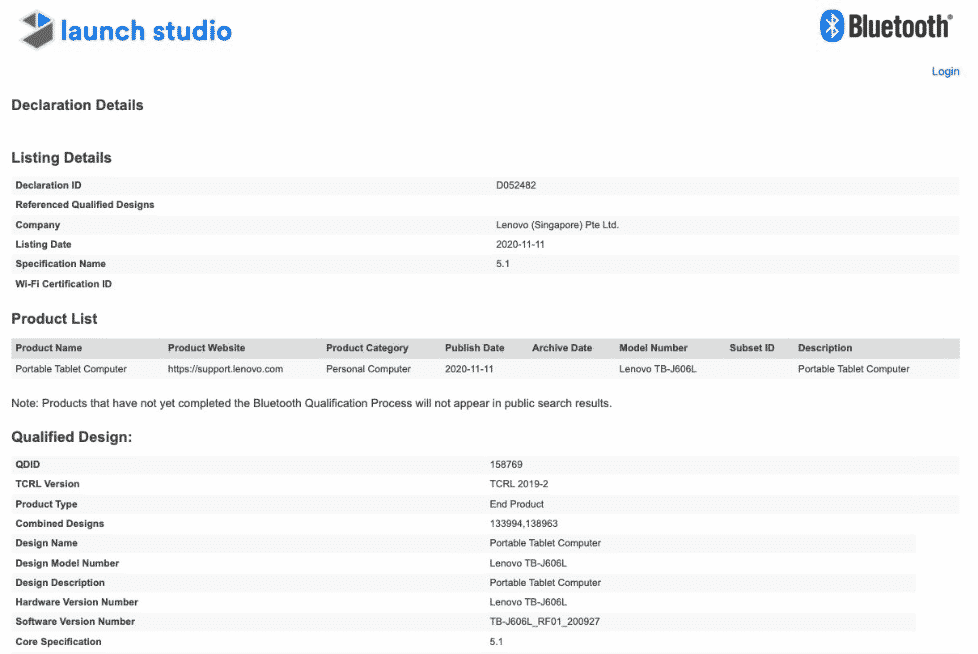 In the listing, we can see that the tab has Bluetooth 5.1 standard. The listing doesn’t reveal any more details but thanks to the Google Play Console listing which has revealed some key specifications. According to that, the Lenovo Tab P11 has a panel with 1200×2000 pixel resolution and 240DPI pixel density.

The tab will be powered by an octa-core Snapdragon 660 processor which will be paired with 4GB of RAM. The P11 will boot Android 10 out of the box. It could be a cheaper version of the Lenovo Tab 11 Pro which was launched back in August. As of now, there is no word from Lenovo regarding the launch of Tab P11. However, we expect the device the launch soon as, it has already appeared on multiple certifications.