Updated: Here we are sharing all the details on MIUI 12 Expected Device List, Features, and Release Date. The Chinese smartphone brand Xiaomi has recently launched the MIUI 11 skin for the Mi and Redmi series devices. Though it’s inspired by Android 10 and its features, Xiaomi provides the MIUI 11 update to its Android 9 Pie running devices also. That’s the best part of any custom skins. Whether a new Android OS version released or not, custom skin developers can include all the latest or upcoming features easily. Now, the MIUI 12 is on the next list of Xiaomi that will arrive by Q3 2020 inspired by Android 11 expectedly.

It’s also worth mentioning that Xiaomi is rolling out the latest MIUI 11 update based on Android 10 to its eligible devices as well. So, if you’re using an Android 10 compatible Mi/Redmi device, either you’re already using the MIUI 11 or soon receive it. Recently, one of the Xiaomi executives has mentioned on Weibo that the MIUI 12 is already in the works that will be definitely much faster, lighter, and full of features. Now, let’s take a look at the MIUI 12 compatible devices, release date, and features below.

As there is no official confirmation available yet for the expected device list, we can assume for now. With each and every day, the more leaks and rumours will come out in the next year. Only then we can consider the compatible device list. However, we are pretty much sure that all the Xiaomi devices will get the MIUI 12 update which is coming with Android 10 out-of-the-box.

Although, we have mentioned some of the Mi and Redmi series devices below that should get the MIUI 12 update expectedly. We mention again that this is not an official list. 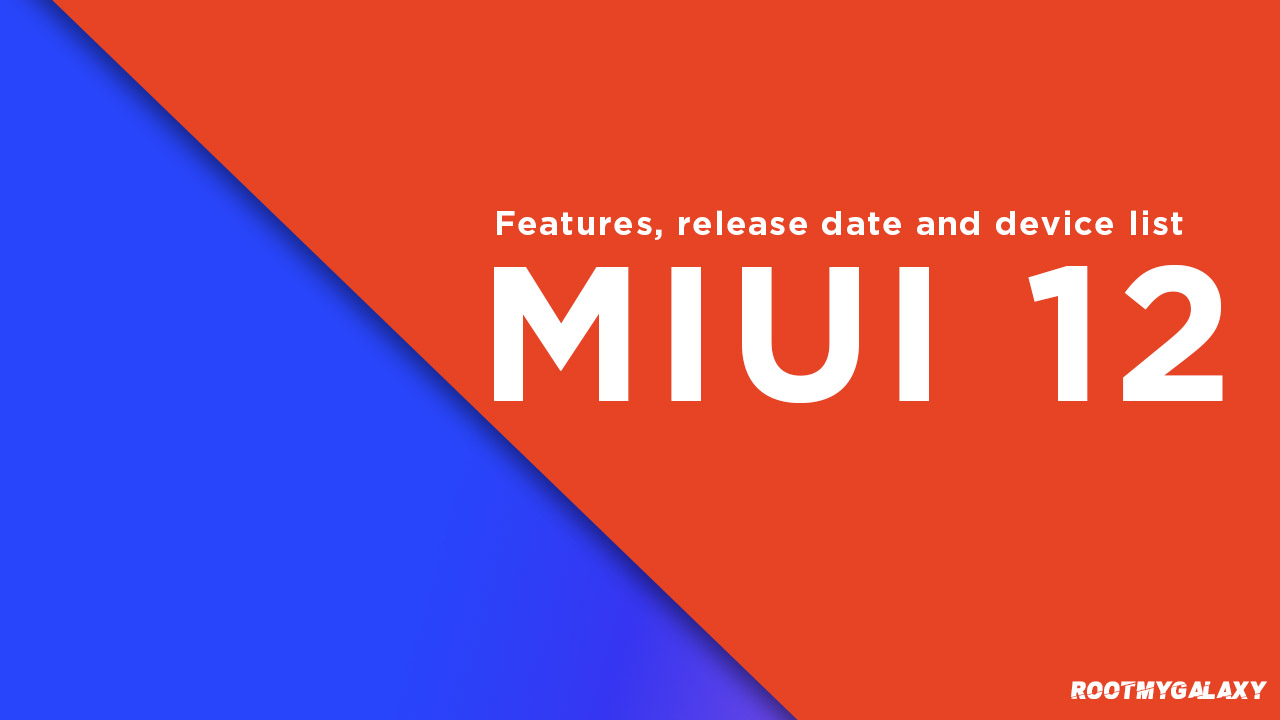 There are a couple of leaks and rumors coming out that the MIUI 12 will support global system-wide dark mode. Though the MIUI 11 and Android 10 supports system-wide dark mode, it’s not supported by many apps or webpages right now. Whereas, the app opening time will be a lot faster. The scoped storage feature may also get included for faster app processing.

Additionally, there will be a better app & location permission control along with an extra layer of security features. It’s also expected that the Android 11 will offer NFC (Near Field Connection) based file transfer system. So, the MIUI 12 will also include that feature for the Android 11 running Xiaomi devices. Meanwhile, 2020 will be a huge year for foldable display devices and 5G connectivity. Therefore, the MIUI 12 will also include both the options to compete with others.

Still, we have to wait for more leaks and info. As it will be so early to tell anything perfectly.

As we already mentioned before that the MIUI 12 launch officially in Q3 2020 that’s by September most probably in China at first. Then the version will launch in the other regions as well. If we look back, the latest MIUI 11 version was also announced officially in China in September this year. Just like other tech brands or smartphone OEMs, Xiaomi also follows a trend and try to deliver key products or MIUI launch event at a specific time every year.

How To Root Coolpad Mega 5 and Install TWRP Recovery ?