Xiaomi is one of them. The MIUI is one of the most lightweight and popular custom skins worldwide after OxygenOS. Now, the Chinese smartphone manufacturer Xiaomi has also started rolling out MIUI Android Q Open Beta build. The beta build is currently released for only two devices called Mi 9 and Redmi K20 Pro.

It’s worth mentioning that the Android 10 open beta is only rolling out to MIUI China ROM devices. Xioami rolls out the software updates via batches and it’s in beta version so, it will take time to receive on MIUI Global Beta running devices. The Android Q open beta updates are now available to download for Mi 9 and Redmi K20 Pro users in China ROM. 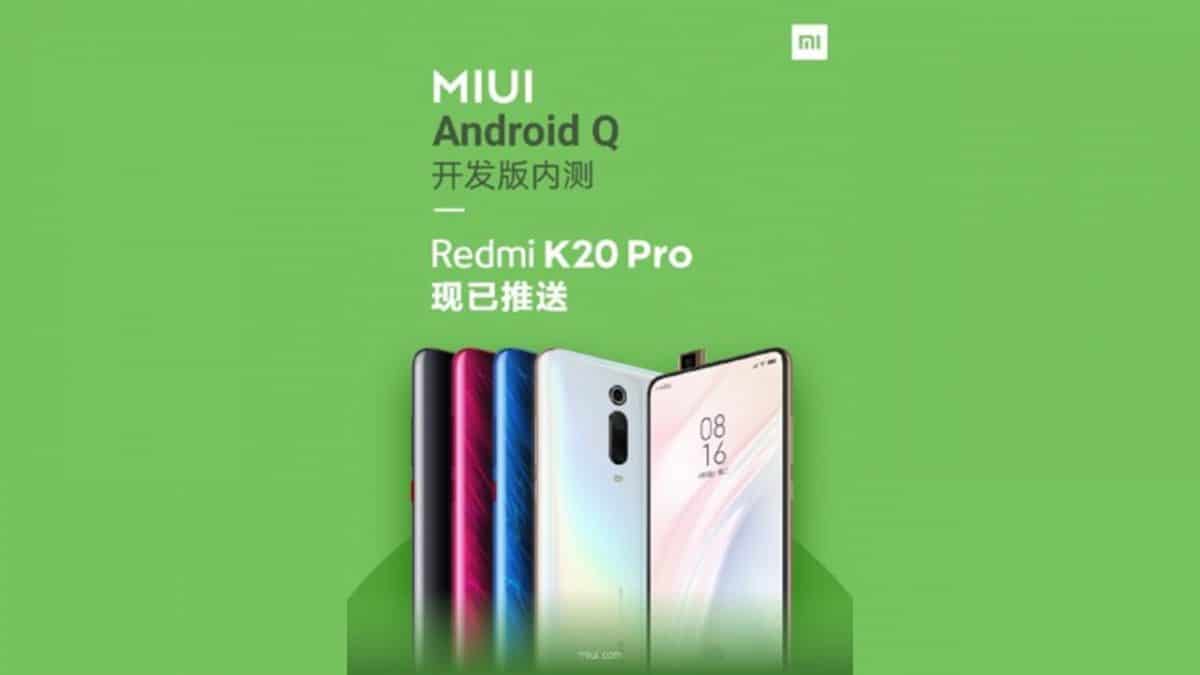 Xiaomi has shared the announcement on MIUI official Weibo account. After the beta testing, Xiaomi will release the Global Beta for Android 10 by the end of this year most probably. While the Android Q stable version for global users will release in Q2 of 2020 expectedly. We have to wait for it. After the release of the stable Android Q version, Xiaomi will take time to develop the build with lesser bugs. Xiaomi is also working on MIUI 11 and it will soon release as well. Most of the core features of Android Q will be added in MIUI 11 for better user experience and it will much faster than the current generation MIUI 10 skin. You can check out the MIUI 11 eligible device list based on Android Q.