Finally, we have great news for all the Xiaomi fans out there. The Chinese manufacturer has confirmed that a total of 11 Xiaomi devices will get Android Q-based MIUI 11 update by Q1 2020. Below we are all the details regarding the update.

Google introduced the upcoming version of Android last month. The developer builds of the upcoming Android Version “Q” are made available for various devices. All the other manufacturers have already started working on the Android Q update for their devices and Xiaomi is not far behind.

Xiaomi’s own MIUI 11 which is based on Android Q has been in development for the last few months now. The new update will bring all the features of Google’s Android Q alongside some exclusive MIUI features for the Xiaomi users. On Friday, Xiaomi has confirmed Android Q testing schedule for 11 of its phones via its MIUI forum. Below is the List of Android Q Based MIUI 11 Eligible Xiaomi Devices

Al the above-mentioned devices will get the Android Q based MIUI 11 update by Q4 2019. The very popular Redmi Note 7 and Note 7 pro will be getting the update by Q1 2020. 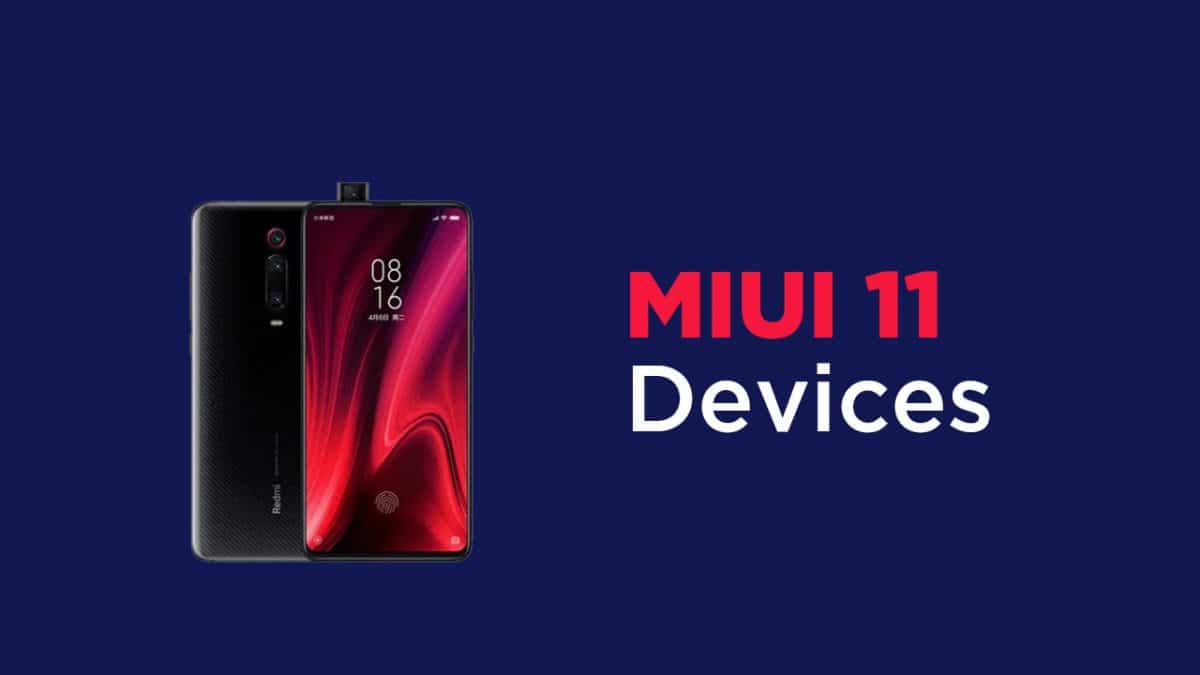 There are some Xiaomi devices like Xiaomi Mi Mix 3 and Mi 9 are compatible with Android Q beta test update. Now the Redmi K20 Pro is also listed there.