It looks like HMD Global is going to launch a new budget smartphone. A new Nokia budget device, Nokia C3 tagged with codename “GamoraPlus” has been spotted on Geekbench. 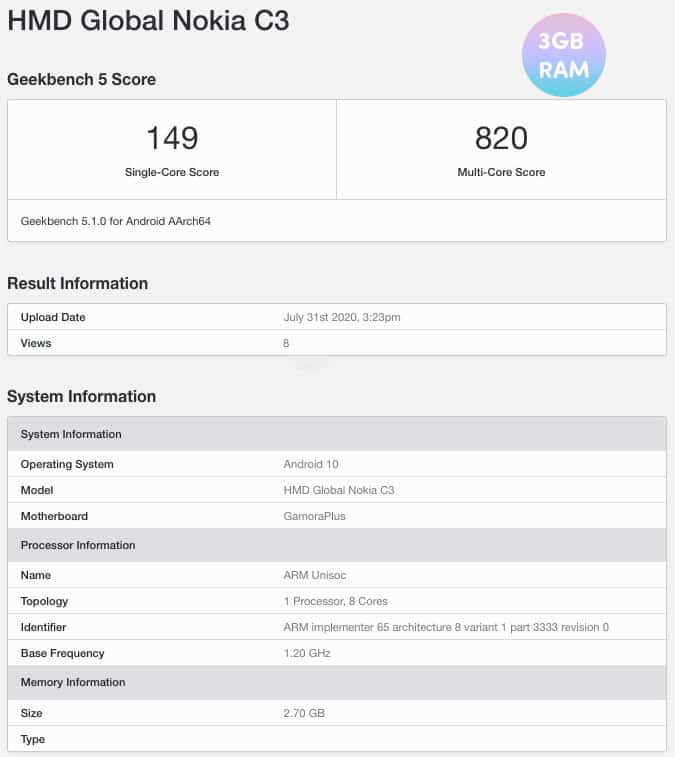 The device has been benchmarked on Geekbench 5 which reveals some of the keys specifications of the device. As per the latest Geekbench listing, the device is powered by a Unisoc ARM processor coupled with 3GB of RAM. It seems like the device will be running Android 10 out of the box. 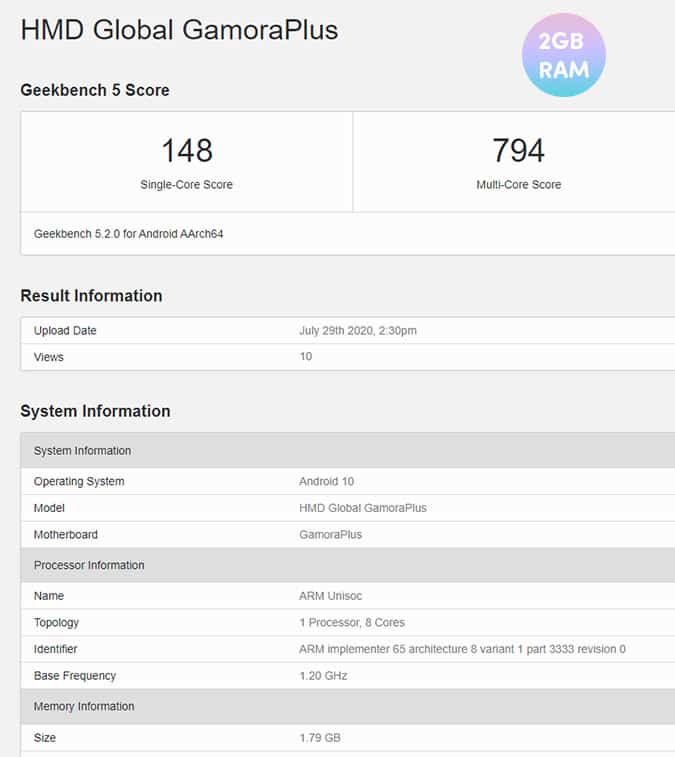 The recent benchmarked result has confirmed that the Nokia Gamora Plus’s retail name is Nokia C3  and there will be 2 RAM variant of the device 2GB and 3GB.