Realme is gearing up for the release of its upcoming devices in a couple of days. In meanwhile, a new Realme device has been spotted on the popular benchmarking site, Geekbench. The new device has a model number RMX2027. Many users are suspecting this to be the upcoming Realme 6 but it is not 100% clear yet.

According to the results, the device has oppo6769 motherboard. It is powered by a MediaTek MT6769V/CB octa-core CPU coupled with 4GB of RAM. The base frequency of the CPU us 1.70 GHz. The listing shows that the device is running the latest Android 10. 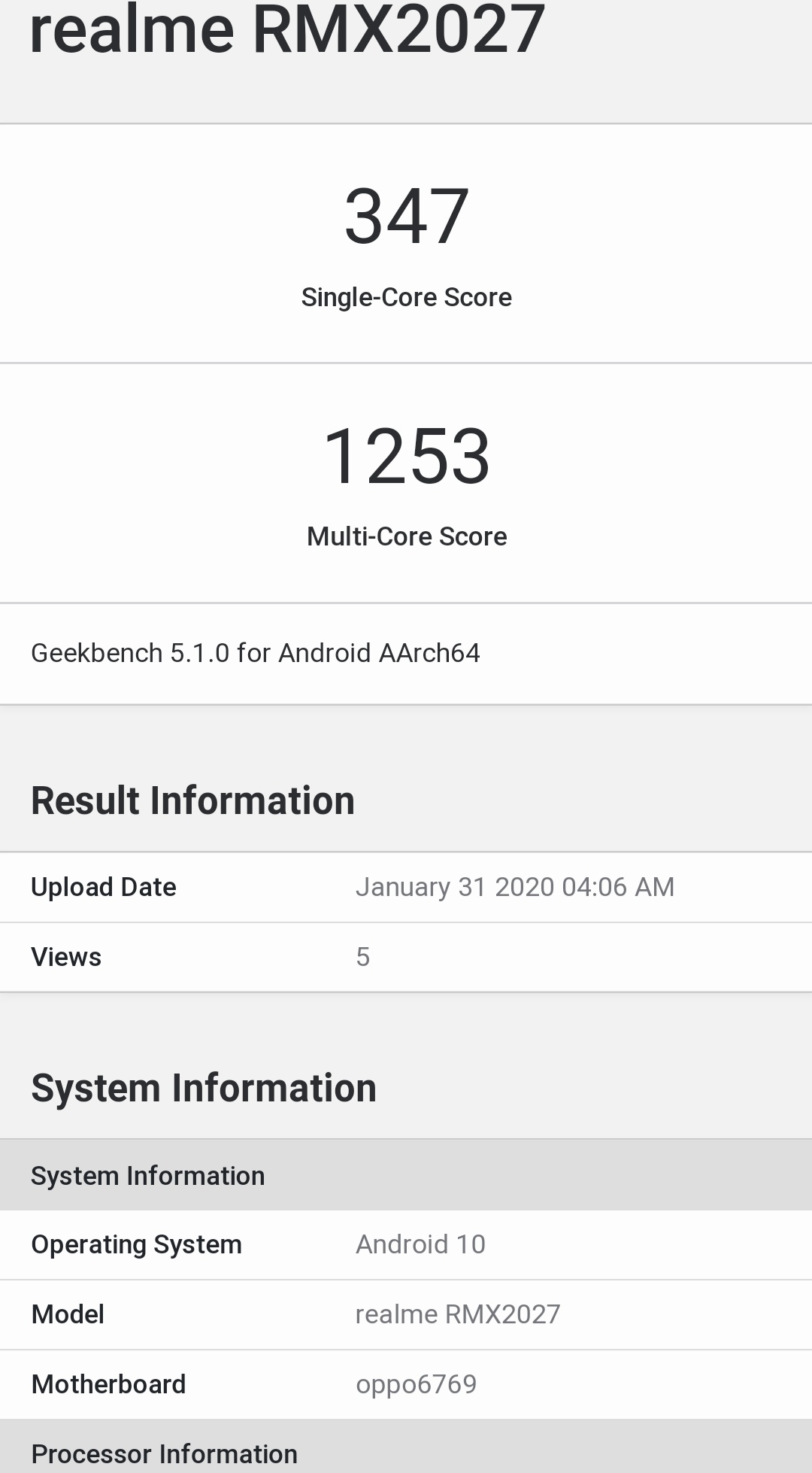 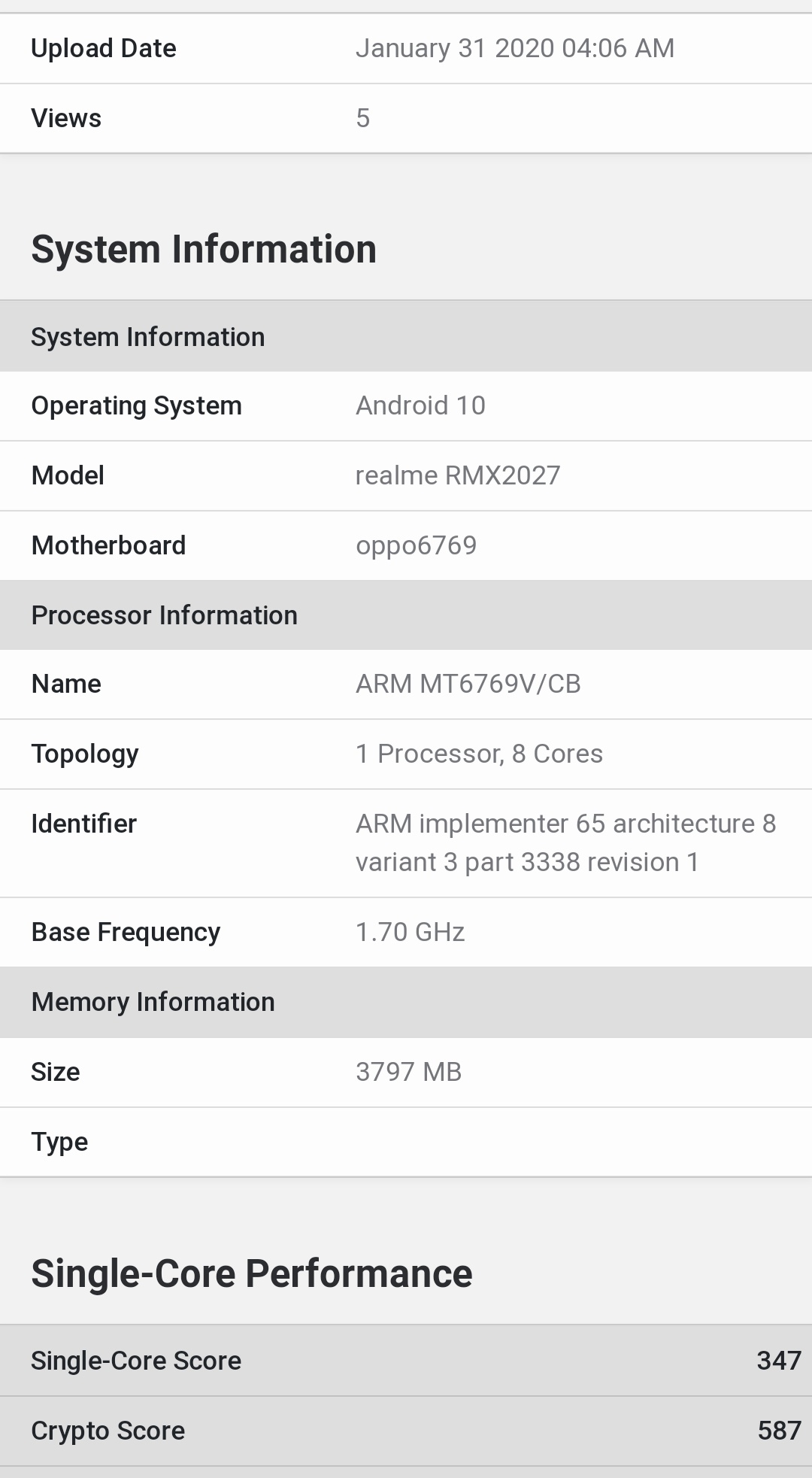 The Realme RMX2027 has scored around 347 in the single-core benchmarking test and 1253 in the multi-core test which is decent. The device is rumoured to be the upcoming Realme 6 which will replace the Realme 5.