The Chinese OEM Oppo is one of the most popular camera-centric smartphones across the globe that also offers nice design, display, better hardware specifications, and more. While the subsidiary brand Realme is working on some of its upcoming smartphones for 2020 that includes Realme C3 (RMX2020).

According to Techie_Guy on Twitter, Realme is going to launch this handset pretty soon as the device model is listed on FCC (Federal Communications Commission) in the USA. This independent agency mainly regulates interstate communications by radio, tv, wire, cable, and satellite. 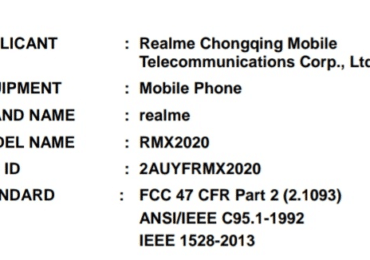 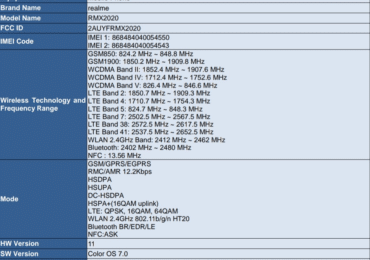 The Realme C3 will come with a dual Nano-SIM slot, 4G LTE, Bluetooth, NFC, Wi-Fi 802.11b/g/n (2.4GHz), and most importantly the software version will be ColorOS 7.0 based on Android 10 out-of-the-box. Whereas, Realme brand has already released its own customized UI called Realme UI which is also based on Android 10.

So, the upcoming handset will also run on Realme UI expectedly. We have to wait for more info or leaks to get more details about the device and its specifications. Till then, keep visiting our blog.