Popular Chinese OEM OnePlus has officially stopped updating OnePlus communication apps in OnePlus Nord, OnePlus 8T, and OnePlus 9 Series. Instead, the handsets will be getting their own suite of applications for dialer, messages, and contacts.

A quick glance through the brand’s community forums revealed that several OnePlus Nord, OnePlus 8T, OnePlus 9, OnePlus 9R, and OnePlus 9 Pro users were not fond of the change. Since the change, many OnePlus users have been unsuccessfully trying to download OnePlus stock apps for their devices. If you’re one of those who aren’t fond of Google’s version of stock apps, you can easily switch to the OnePlus stock dialer, messaging, and contact app.

OnePlus users were previously getting OnePlus stock apps for calling, messaging, and contacts, but not, OnePlus Nord, OnePlus 8T, OnePlus 9, OnePlus 9 Pro, and OnePlus 9R users will be receiving Google’s Phone, Messages, Contacts, and Duo apps as the native calling and messaging apps.

Google apps will offer a comparatively clean and smooth experience. Moreover, there are additional features like RCS in Google Messages as well. However, the majority of users preferred the OnePlus stock versions of those apps. Thankfully, you’ll be able to easily download and go back to the OnePlus stock apps. 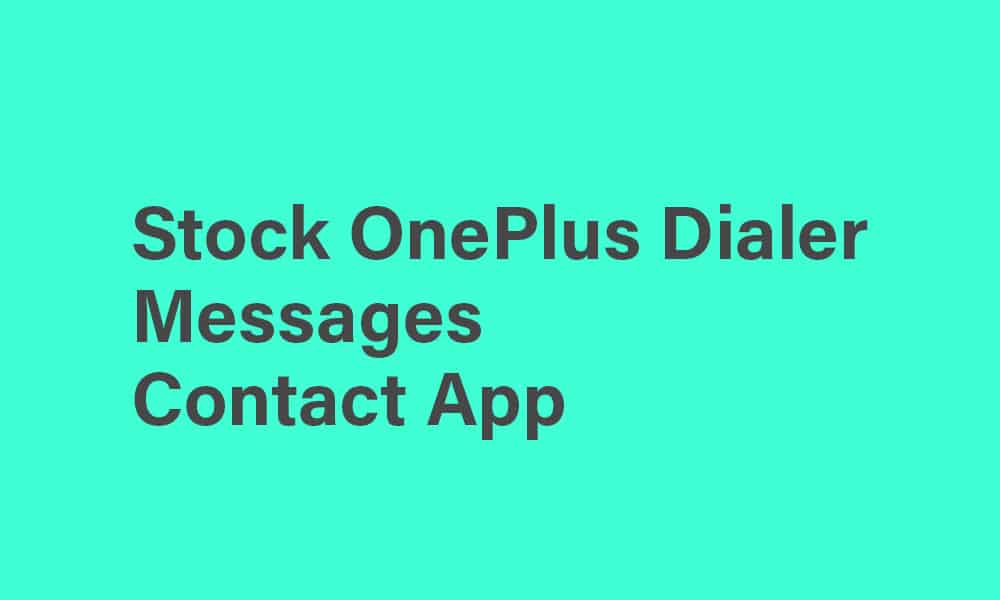